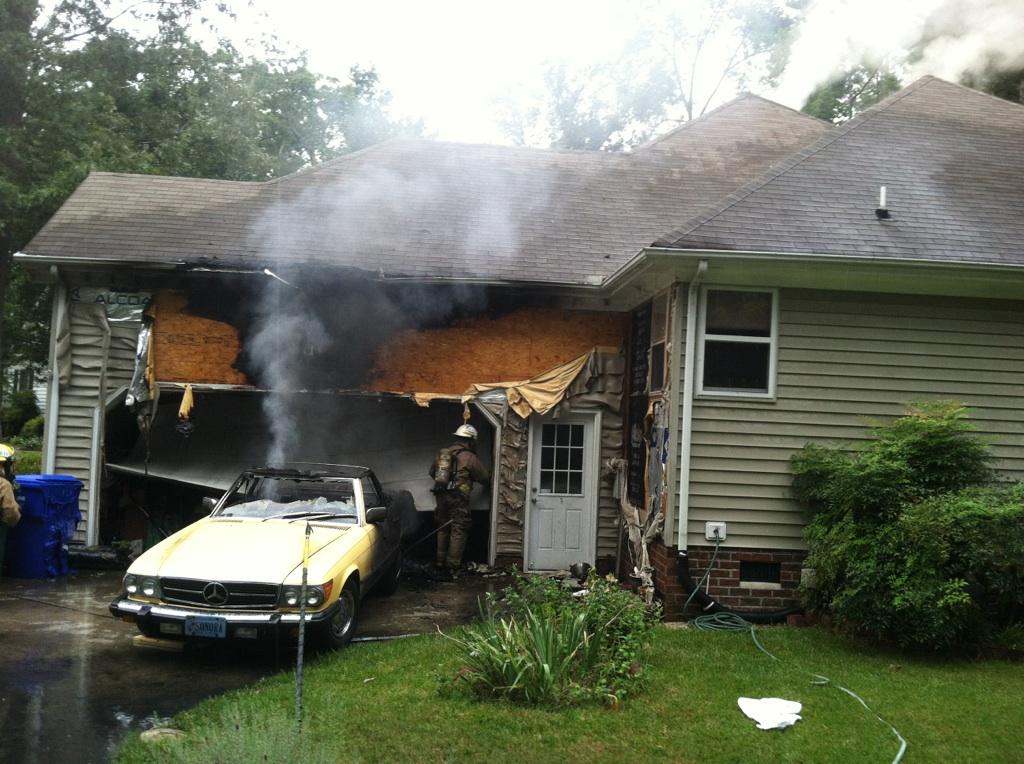 Suffolk, Va. – A Suffolk man was hospitalized Sunday afternoon after a car he was working on in his driveway caught fire and the blaze spread to his home.

Suffolk Fire & Rescue responded the fire in the 4400 block of Swansea Circle after receiving the initial call around 3:21 p.m.

According to witnesses, the man was working on a 1986 Mercedes Benz which was on blocks in the driveway adjacent to his house.  The Mercedes caught fire and the flames then spread to the single-story home.

Three engines, one ladder truck, two medics and two Battalion Chiefs responded to the fire, which was quickly brought under control.

The man was transported by ground to Sentara Norfolk General Hospital for treatment.  The extent of his injuries is unknown at this time.