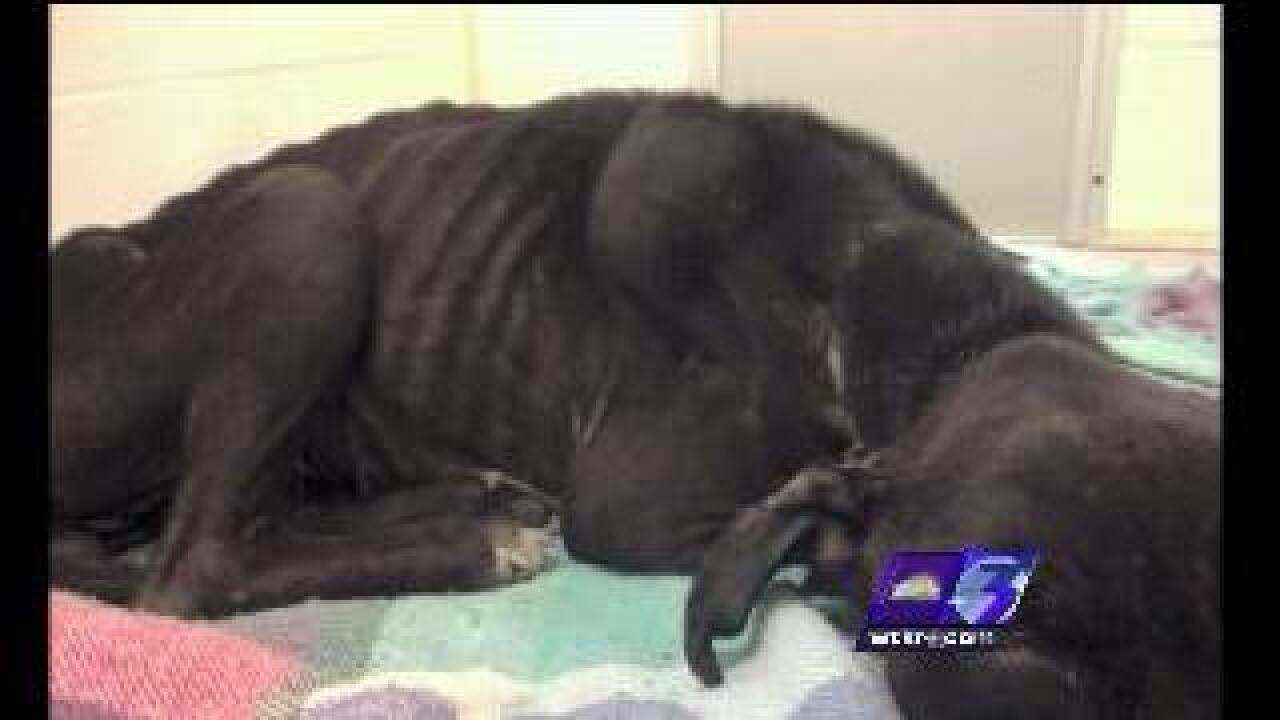 A dog found near death in Portsmouth earlier this month is giving the Portsmouth Humane Society a big boost thanks to people taking action.

The dog that they've named "Hope" was found emaciated, covered in sores and so weak she couldn't stand.

Portsmouth Animal Control Officers found her tethered to a chain next to a home on Virginia Avenue.

Her owner, 38-year-old Louis Madison Holloway, Jr., was charged with one count of animal cruelty.

"The inspirational story that she gave us and that everyone saw brought a lot of people in – we had a lot of people come in with donations over the weekend," explained Executive Director Christie Chipps Peters.

Folks interested in adopting Hope poured into the shelter over the weekend and many ended up adopting other cats and dogs - more than 30 in all.

"We normally have 10 to 15 total, so we doubled this weekend. It was a really, really great weekend," explained Peters.

The shelter thinks they've identified a potential new home for Hope once she is able to be adopted.

"The woman that we are hoping that she goes with is a licensed veterinary technician, so it’s a really good fit," said Peters.

One Virginia Beach man took action and brought in desperately needed cleaning supplies for the Humane Society to use.

"He was tearful as he came in and did his donation. He said, 'I just don’t understand how people can do that to a dog,'" Peters explained. "He had never been here before, never heard of us, to drive up from Virginia Beach and contribute. The web of love literally has spread very wide."