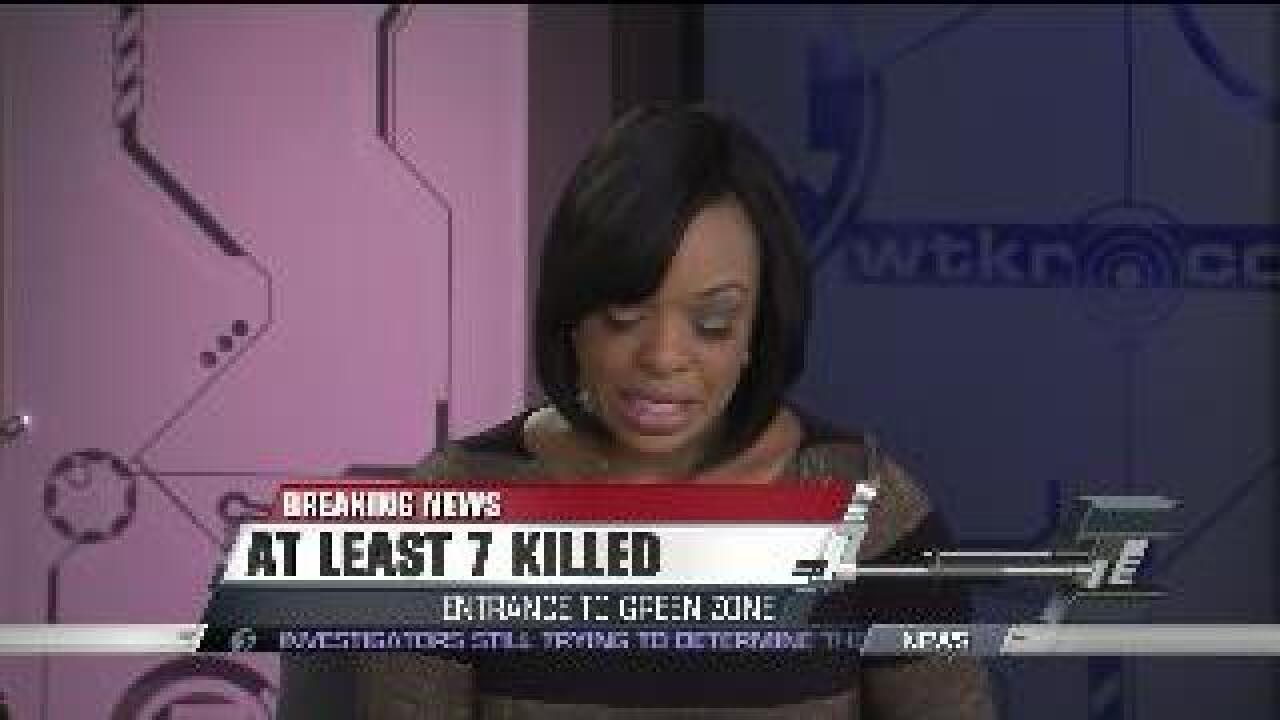 (CNN) -- A suicide bomber drove his vehicle Monday into a checkpoint that leads to one of entrances of the heavily fortified green zone in central Baghdad, police said.

At least seven people were killed and 24 others were wounded in the attack. Among the wounded were Shitte lawmaker Habib al-Tarfee and two of his bodyguards, police said.

The attack happened during the morning rush hour when numerous vehicles are lined up at the checkpoint.