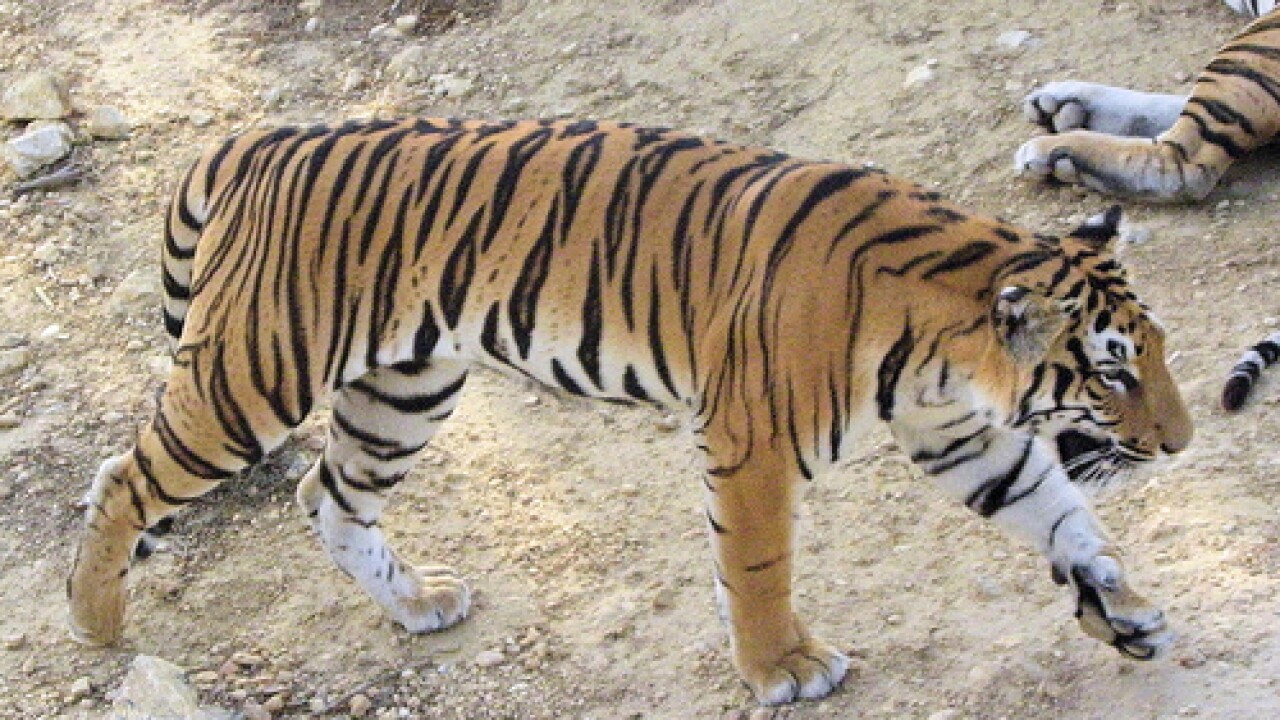 By: Doris Taylor
Posted at 10:29 PM, Sep 21, 2012
NEW YORK (CNN) — A man is in critical condition at a nearby hospital after jumping out of a monorail car into the Bronx Zoo’s tiger pit, the zoo’s director said.

The man — believed to be about 25 years old — was riding on the zoo’s Wild Asia monorail around 3 p.m. Friday when he jumped out of his car, “clearing the exhibit’s perimeter fence,” according to statement from Bronx Zoo Director Jim Breheny.

The facility emergency response staff arrived and used a carbon dioxide fire extinguisher to move a tiger away from the man, Breheny said.

Heeding instructions, the man then rolled “under a hot wire to safety,” the zoo director said. He was “conscious and talking” as he was taken, by ambulance, to nearby Jacobi Medical Center.

The man was in critical condition at the hospital, according to a New York fire department spokesman, who was not named per department policy.

No other details were immediately available as to how long the man was in the tiger pit and what exactly happened to him there.

According to the Bronx Zoo’s website, the exhibit called Tiger Mountain houses Amur tigers, also known as Siberian tigers, as well as Malayan tigers. Three cubs of each subspecies are part of the exhibit.

Situated north of Manhattan, the Bronx Zoo is the flagship park run by the Wildlife Conservation Society, a group whose mission is to “save wildlife and wild places across the globe.”