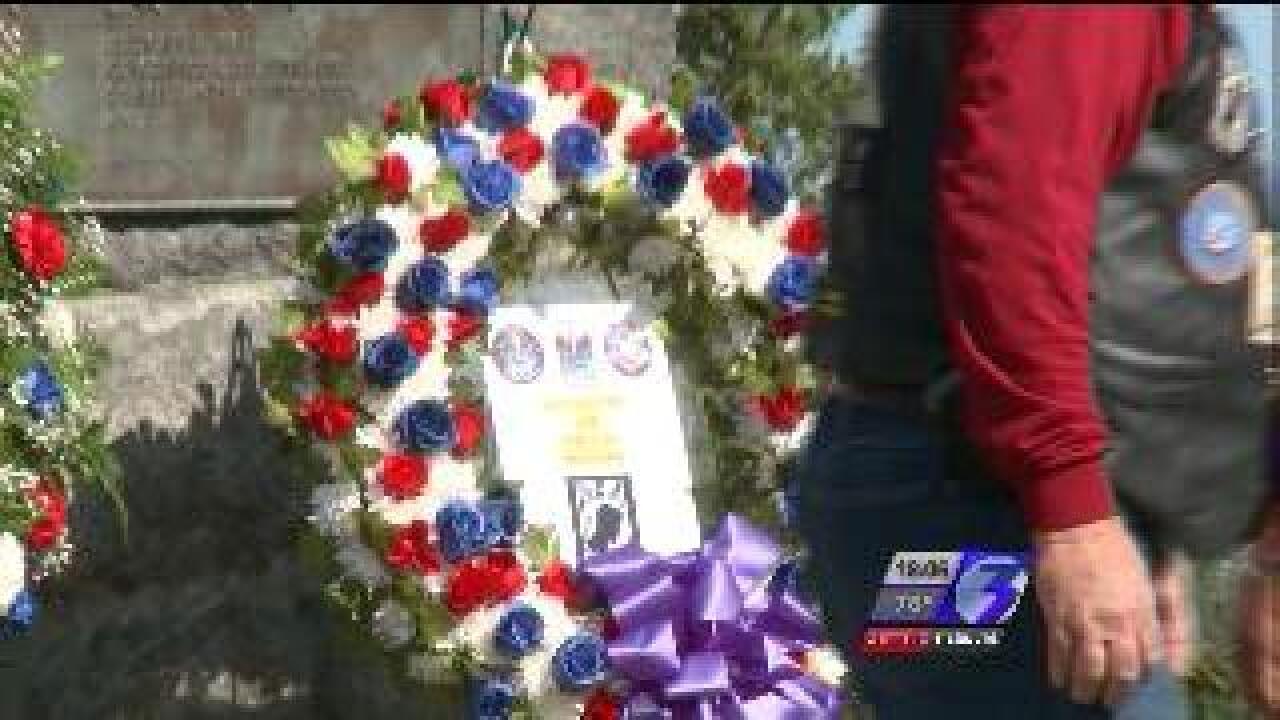 In Virginia Beach, 33,000 sailors missing in action since World War II  as well as prisoners of war, were remembered at a special ceremony.

The Flame of Hope Memorial Park was the back drop for the event today, which is National Prisoner of War and Missing In Action Recognition Day.

Wreaths were laid near the Flame of Hope, and the names of 47 Virginia POWs and soldiers missing in action were read.

"It was a time for folks to come together to recognize our brave men and women," says Betty Brown of Virginia Beach. "It hurts, right here, when they suffer. I had an uncle who was a prisoner of war in World War II, so it's very close to me."

Bob Geis, Commanding Officer, NAS Oceana, says, "Here at Oceana, specifically, we still have some of our sailors that are missing in action from the Vietnam War. So it's important for us to continue to keep them in our forethought every day."

Organizers say it's been going on for at least the past 20 years.