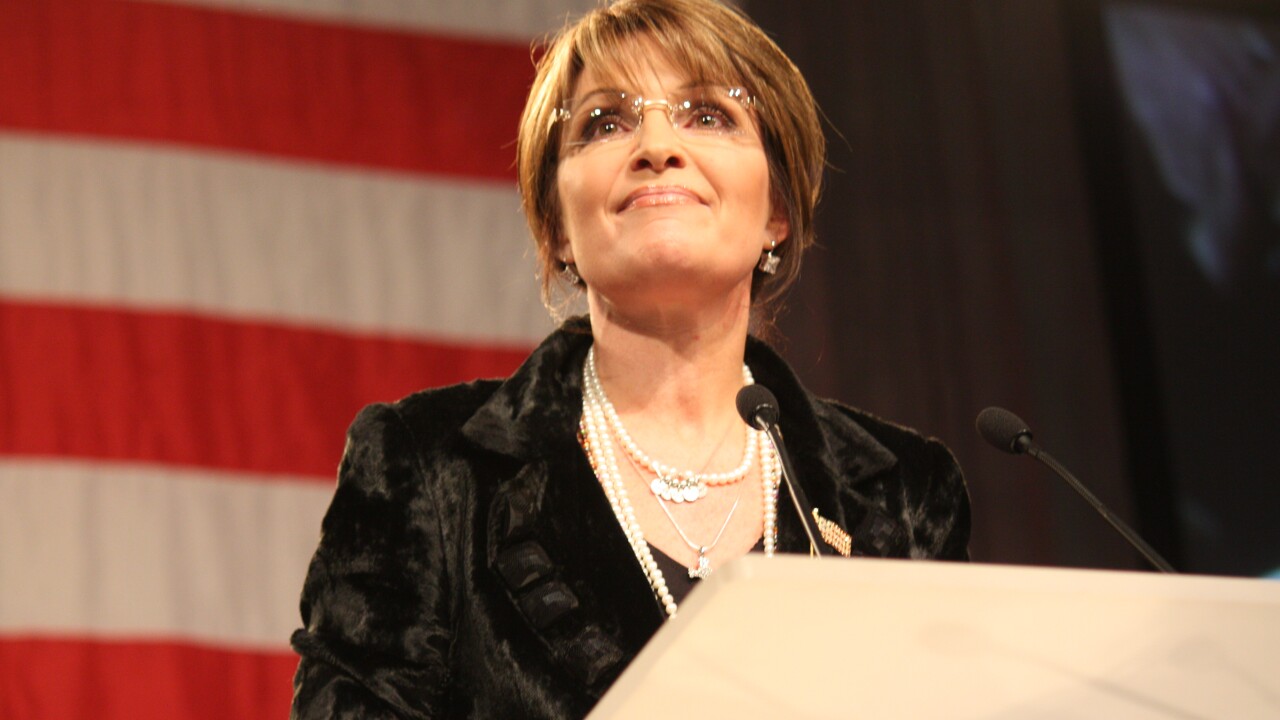 (CNN) – Sarah Palin became the latest conservative to lend her two cents to the Republican ticket on Saturday, urging Mitt Romney and Paul Ryan to give the country a “come to Jesus moment.”

“With so much at stake in this election, both Mitt Romney and Paul Ryan should ‘go rogue’ and not hold back from telling the American people the true state of our economy and national security,” Palin told the conservative “Weekly Standard” in a statement published Saturday.

“America desperately needs to have a ‘come to Jesus’ moment in discussing our big dysfunctional, disconnected, and debt-ridden federal government,” the 2008 GOP vice presidential nominee continued, after urging the ticket to “find ways to break through the filter of the liberal media to communicate their message of reform.”

If Palin’s suggestion that the candidates “go rogue” sounds familiar, it was also the name of her 2009 book “Going Rogue: An American Life,” which she released after her unsuccessful campaign as the 2008 GOP vice presidential nominee.

The former Alaska governor’s advice comes after a week when a number of conservative voices did not hold back on their advice for the GOP ticket, which for the last two weeks has seen a political dialogue not entirely in their favor. This past week, Democrats criticized Romney heavily for remarks he made at a secretly recorded fundraiser, and before that, Romney took flack for his response to a spate of violence in the Muslim world.

Bill Kristol, editor of “The Weekly Standard,” described in an online post President Barack Obama and Romney as “two presidential candidates who — when they thought they were speaking privately to their fellow 1 percenters — have shown contempt for fellow Americans.”

Peggy Noonan, a conservative columnist for The Wall Street Journal, described Romney’s campaign as “incompetent,” and went on to stand by her comments in a Thursday column. Her word choice, she said, was “only because I was being polite. I really meant ‘rolling calamity.’ “

Romney defended himself in an interview broadcast by CBS News on Friday, saying his campaign “doesn’t need a turnaround.”

And on Thursday, Ann Romney told her husband’s critics to “stop it” in an interview with Radio Iowa. “This is hard,” she continued. “You want to try it? Get in the ring.”

In her statements on the election since Romney became his party’s de facto nominee, Palin has focused most of her language against Obama. In Saturday’s statement, she followed suit.

“Obama casually told America that we don’t have to worry about our debt in the ‘short term,’ ” she said.

“Obama’s motto seems to be, ‘Let the good times roll in my day. The kids can deal with the catastrophic bankruptcy in theirs,’ Palin continued. “That’s no way for the leader of a great nation to behave, and I hope Paul Ryan and Mitt Romney continue to call him out on it. Generations of American children are counting on them.”