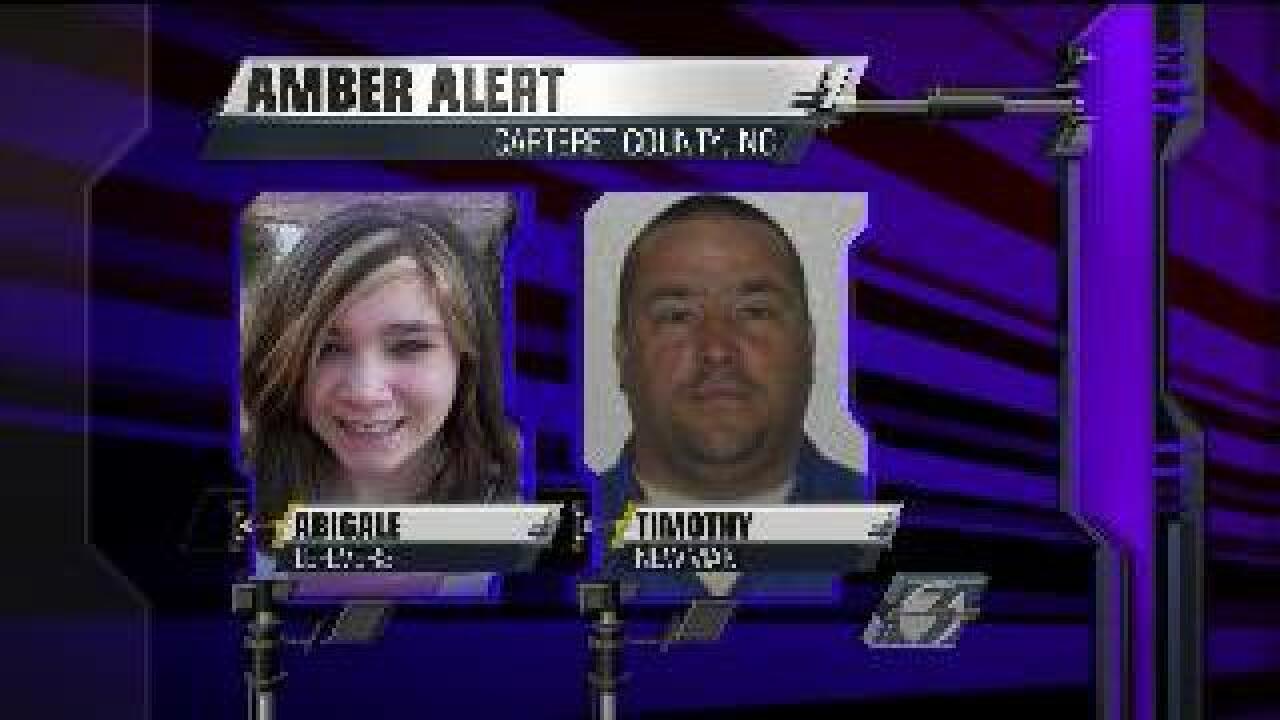 According to a press release, the Carteret County Sheriff's Office is searching for a 12-year-old girl by the name of Abigale Faith Lefevers.

Officials say she was last seen by her father at home on September 23 at around 10 p.m. When he woke up this morning at 6:25 he noticed she was missing.

Lefevers is described as a white female who is about 5'4", she weighs about 90 pounds and has brown hair and brown eyes. She was last seen wearing black Nike shoes and carrying a pink backpack with a peace sign on it.

Officials say allegedly, there is one abductor who has been identified as Timothy Howard Newman, who is a registered sexual offender.

Officials say Newman was last seen at around 10 p.m. last evening by his roommate. They say that Newman also did not show up for work this morning.

Officials say an investigation revealed that Timothy Newman has had contact with Abigale in the past several weeks.

The vehicle's last known location was at around 1:42 a.m. Monday on US17 SB near the South Carolina Border officials say. The vehicle is described as a red 1998 Chrysler Sebring with NC license tag number AKT6534.

If you have any information that could help police, call the Carteret County Sheriff's Office immediately at (252) 504-4800 or call 911.