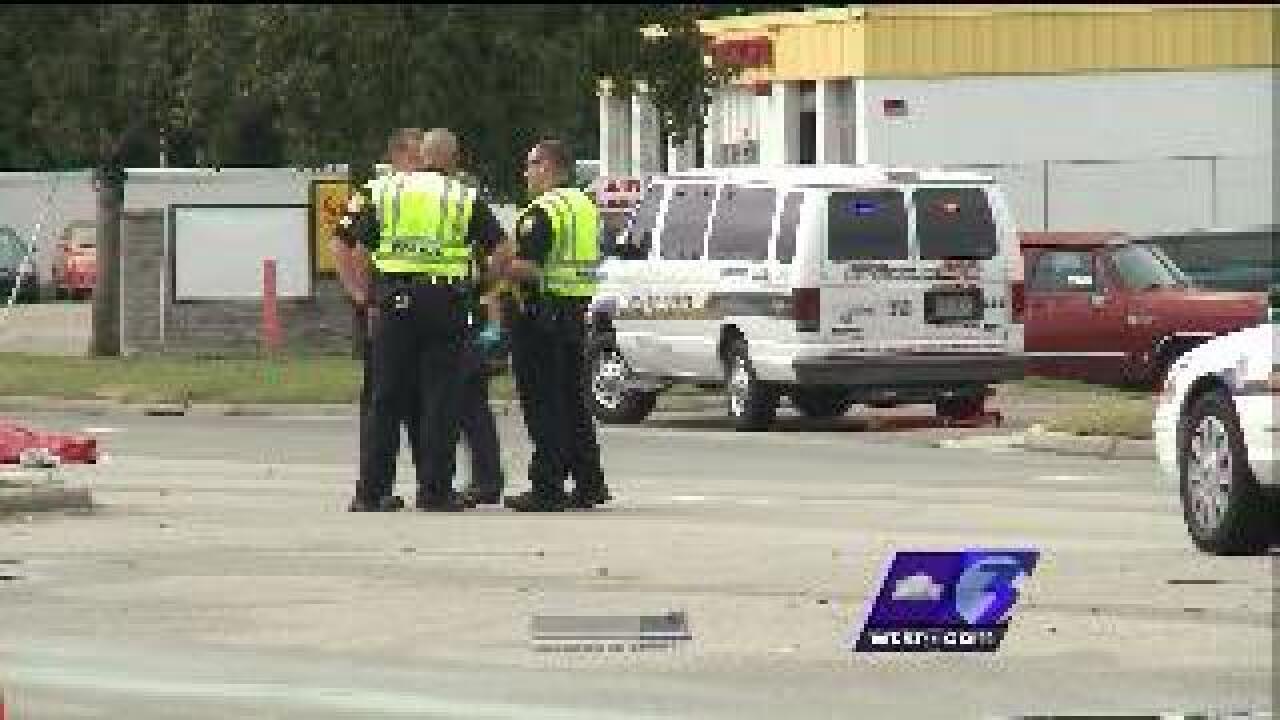 According to Virginia Beach police, a pedestrian died after being hit by a vehicle Tuesday morning on South Military Highway.
The call was received at 10:29 a.m. and police say it happened in the 700 block of South Military Highway.
Police say the victim was traveling westbound on S. Military Highway trying to cross the street.
They say the vehicle was a 2011 flatbed tow truck and it was going westbound on S. Military Highway also.
They were both coming out of a parking lot on the east side.
Police say the driver continued across Military Highway and made a left turn and proceeded southbound.  The victim continued walking across Military Highway.  The driver felt something strike the truck.  The driver looked in his rearview mirror and saw the victim in the road.
The victim has now been identified as William John Power, 67, of the 1100 block of Borg Ct. in Virginia Beach. He was pronounced dead at the scene.
Police say the driver of the vehicle stayed at the scene and at this point is not facing any charges.
Speed and alcohol are not considered factors police say.
This case is still under investigation.
Copyright 2020 Scripps Media, Inc. All rights reserved. This material may not be published, broadcast, rewritten, or redistributed.