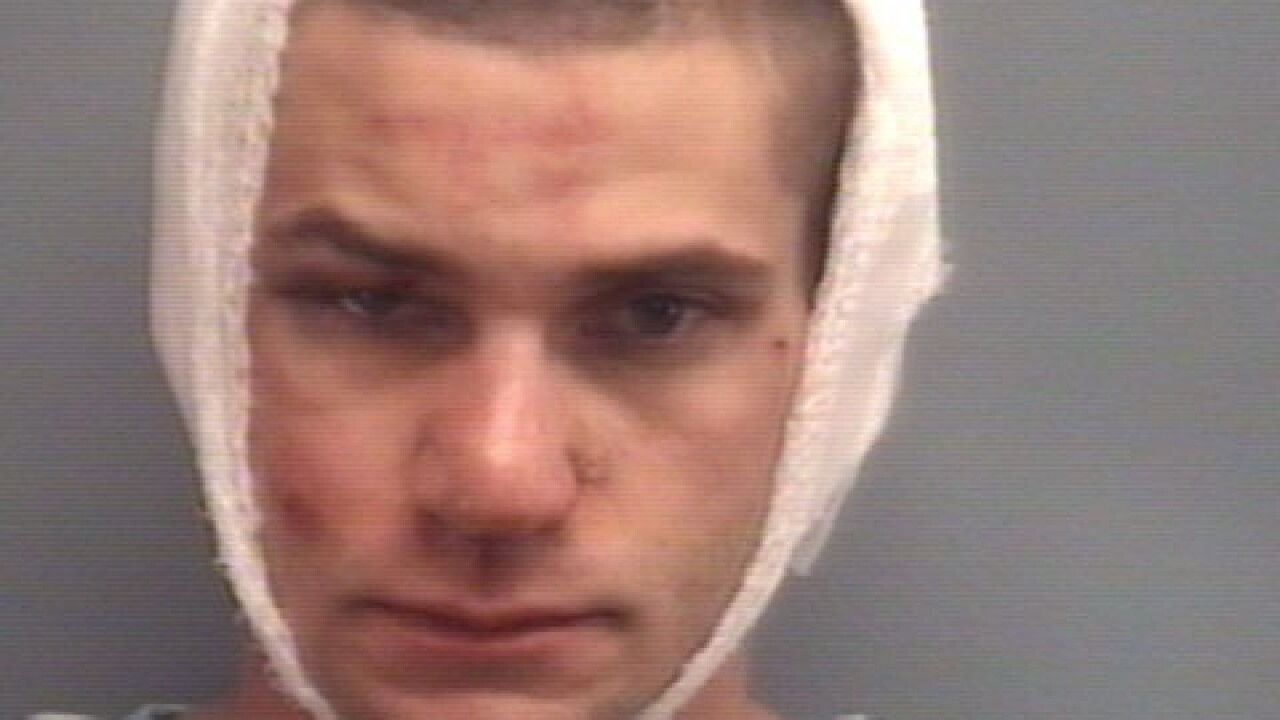 Virginia Beach. Va. – According to Virginia Beach police, at 10:40 p.m. Friday night an officer conducted a traffic stop on I-264 eastbound 1/2 mile west of the Lynnhaven exit and his vehicle was hit by an alleged drunk driver.

The officer was stopped on the right shoulder with the police vehicle at a slight angle when a vehicle traveling east hit the police cruiser’s front tire, spun out, hit a guard rail and rolled over.

The impact ripped the the front bumper from the officer’s car.

The driver was taken to the  hospital with non-life-threatening injuries.

The officer was also treated after being struck by flying debris and released from the hospital.

27-year-old John Paul Kotara has been charged with Driving under the Influence & Failing to Move Over for a Stationary Emergency Vehicle.

Kotara is currently being held at the Virginia Beach Correctional Center on a secured bond.

The driver of the other vehicle was not hurt nor was the vehicle hit during the incident.

The officer is assigned to the Third Precinct and has been with the department since 2007.