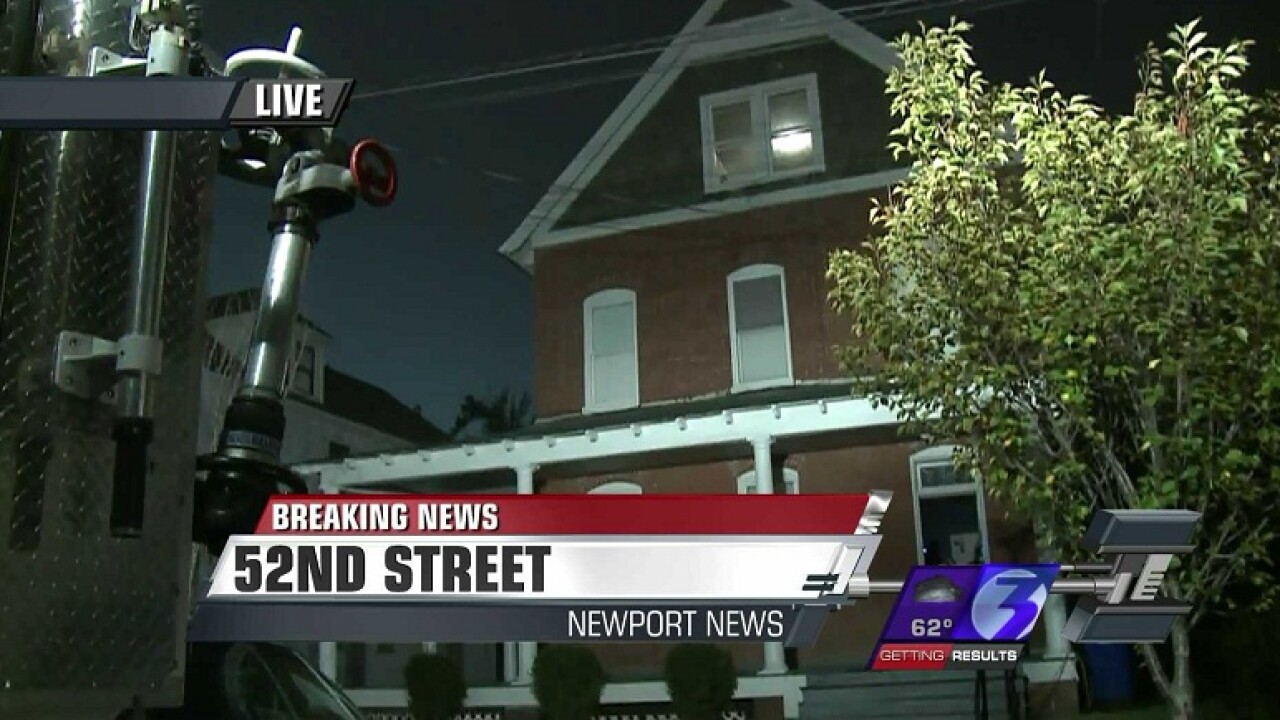 According to Newport News fire crews, there was a fire at a two-story house in the 300 block of 52nd Street on Tuesday.

Officials say there were no injuries reported.

No cause has been determined yet.

Officials say the fire was on the exterior of the home.

According to a neighbor on the scene, the fire was on the back porch.