Dangerous pit bull on the loose in Hampton 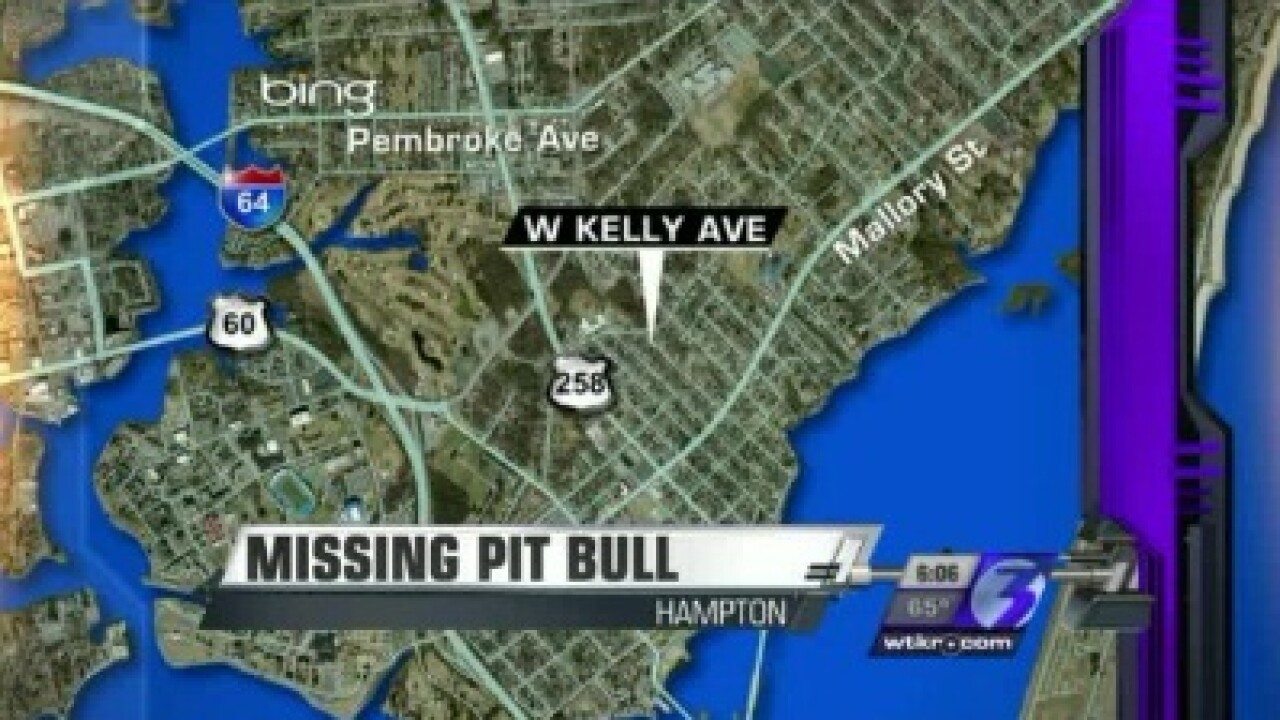 Investigators in Hampton say a dangerous pit bull is on the loose.

That's when they came across two pit bulls attacking another pit bull.

The dog being attacked was killed.

Animal control caught one of the pit bulls, but the other one got away.

They say the second dog looked very healthy, so they don't think it was a stray.

Officers think the pit bull may have returned home but they're not sure.

The dog is a female, weighs about 45 pounds and may be wearing a light colored collar.

If you come across this dog, do not approach it.