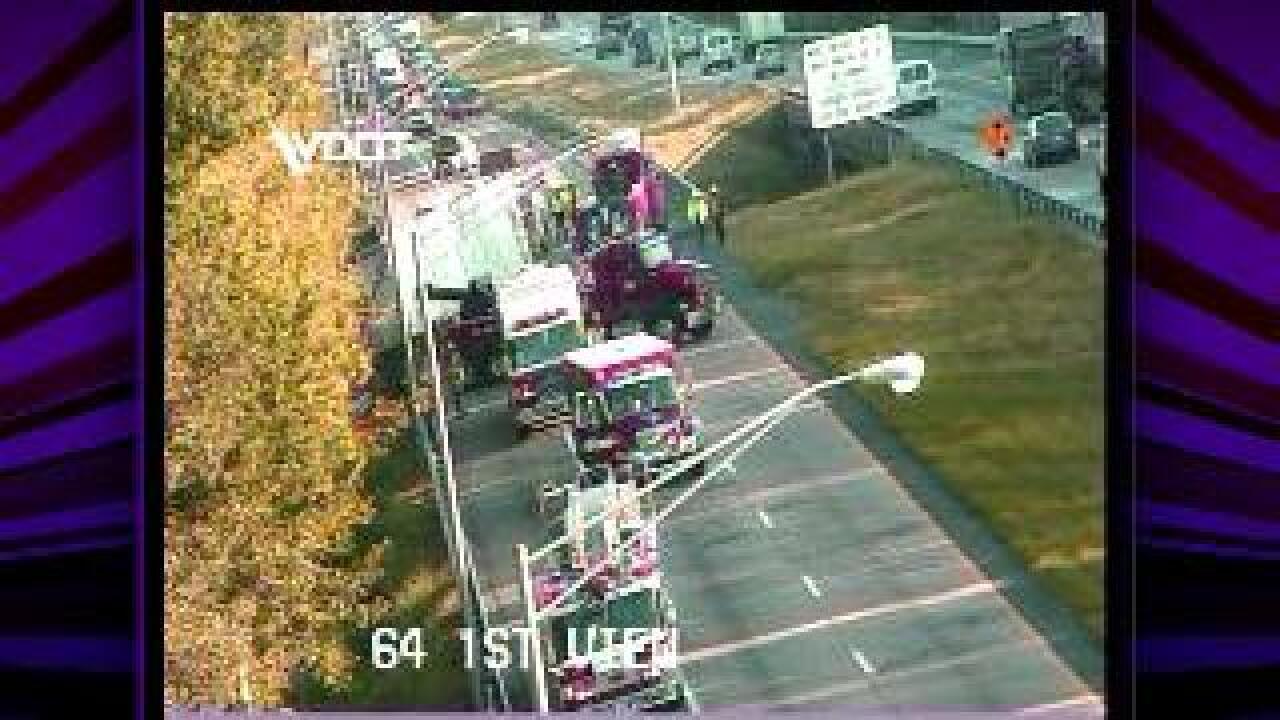 Friday morning around 6 a.m., a tractor trailer reportedly broke down on I-64 Eastbound before Bay Avenue in Norfolk. The tractor trailer was then hanging over a guard rail, and blocking the right lane of traffic in that direction.

Part of I-64 Eastbound was shut down as crews tried to get a tow truck into position on I-64 East at 1st View.

Delays are still expected for anyone heading through. As of 9:30 a.m. Friday morning, the left lane was reopened on I-64 Eastbound at 1st view after being closed down for over one hour to move the tractor trailer that crashed through the guard rail.

The backup is still through Norfolk, back through the HRBT I-64 East, and back to King Street on the Hampton side. Avoid this area until it has time to recover.

I-664 South just had a stoppage at the MMMBT, but should be cleared quickly.