Update: One dead after crash into telephone pole 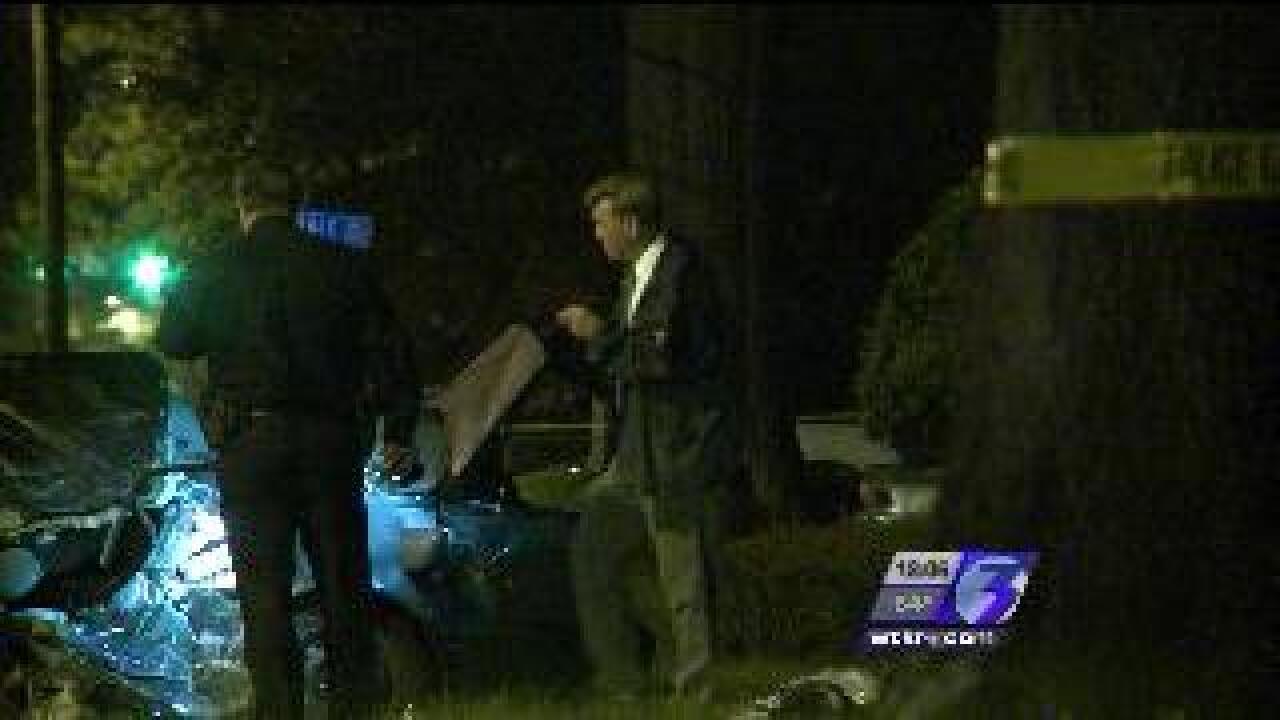 One person is dead and two others were rushed to the hospital after a vehicle crashed into a telephone pole in the 200 block of West Little Creek Road Tuesday night.

Norfolk police say two people were transported to a local hospital with serious injuries and one person was pronounced dead at the scene.

Police have now identified the victim as Christopher Tonnet of the 7700 block of Castleton Place in Norfolk.

Police say he was driving his vehicle in the left lane of West Little Creek Road, westbound, when according to witnesses, he lost control of the vehicle. The vehicle spun off the road, struck a curb and then hit a utility pole on the driver’s side.

A passenger sitting to the right of Tonnet inside the front of the vehicle was transported with serious injuries to Sentara Norfolk General Hospital, and is in critical condition.