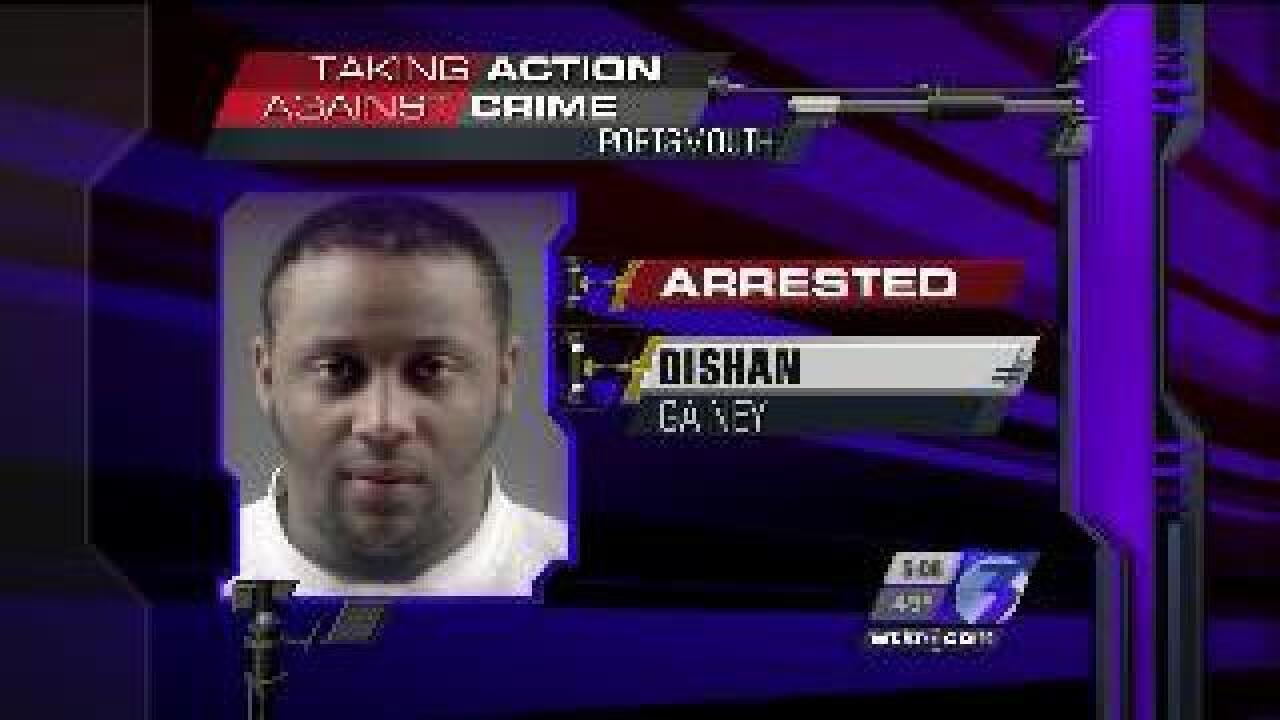 Neighbors were watching the home on Greenwood Drive while the owners were away and saw 24-year-old Dishan Gainey enter the home through an unlocked side door.

One of the neighbors attempted to block Gainey from leaving. When police arrived Gainey fled and was captured with the help of a witness.

Police found Gainey’s Chevy Caprice outside the home bearing a license plate from another vehicle. Inside were items taken from the home.

Gainey has been charged with burglary and grand larceny.

He is currently in the custody of the Portsmouth Sheriff’s Office.