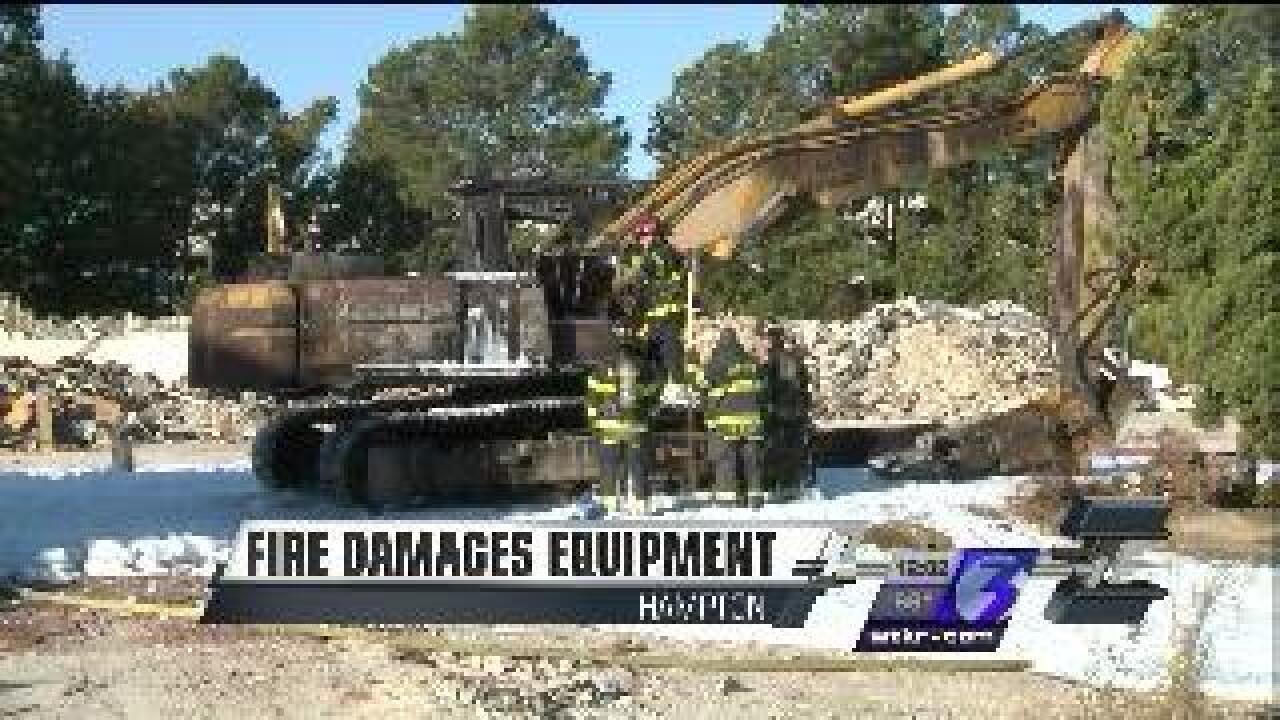 In Hampton - an equipment fire caused a scare near the Hampton Coliseum Monday morning.

Firefighters were called after a maintenance crew noticed flames while repairing the excavator.

It happened shortly after 8:30 a.m. Monday morning behind the new Holiday Inn on West Mercury Boulevard.

Fire crews were able to contain the flames to the heavy-duty piece of equipment - preventing the fire from spreading to the huge piles of debris.

A fire investigator is still working to determine what caused the fire.