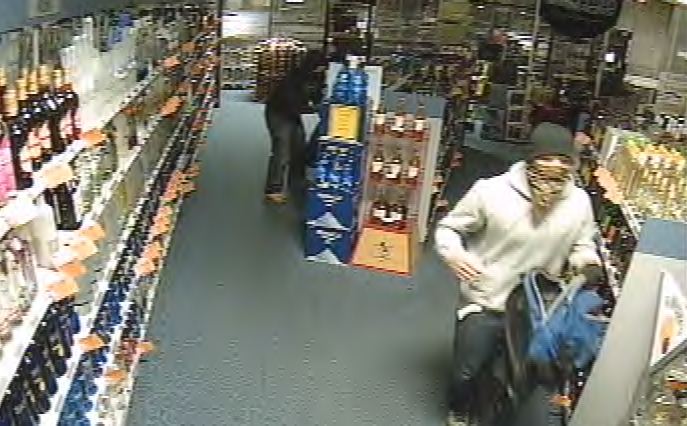 Suffolk, Va. – Suffolk Police are asking for the public’s help in identifying three men who were caught on video breaking into the ABC store on Hampton Roads Parkway during Hurricane Sandy.

Just after 4:00 a.m. on Sunday, October 28, during Hurricane Sandy, the three men entered the store after one of them broke the glass to the front door.  The men were carrying backpacks and removed several bottles of alcohol.

The men then exited through the same door that they entered and fled to the rear of the building and into a nearby neighborhood.

Anyone with information is asked to contact Crime Line at 1-888-Lock-U-Up.  When calling Crime Line, callers to not have to give their names or appear in court.  If information leads to an arrest, the caller could qualify for a reward of up to $1,000.