Three sailors assigned to the USS Maine and USS Wyoming became the first female unrestricted line officers to qualify in submarines on Dec. 5.

In order to receive their dolphins, Leveque, Cowan and Noonan were required to qualify as Officer of the Deck and Engineering Officer of the Watch, perform damage control functions, and demonstrate satisfactory qualities of leadership.

“I am honored to participate in today’s ceremony honoring these four fine officers who have proven themselves over the past year,” said Johnson. “They are truly worthy to join in the great legacy of submariners that have gone before us as ‘qualified in submarines.’”

Leveque, Cowan and Noonan are three of 24 women – 17 line officers and seven supply officers – assigned to Maine, Wyoming, USS Ohio (SSGN 726) and USS Georgia (SSGN 729). Maine and Ohio are homeported in Bangor, while Wyoming and Georgia are homeported in Kings Bay.

“I am honored to be joining the long tradition of the submarine force by earning my dolphins and excited for the journey to come. I could not have accomplished this without the help of the wardroom and crew of the USS Wyoming,” said Leveque.

Leveque, Cowan and Noonan have each completed strategic deterrent patrols aboard their respective submarines.

“Qualifying is a huge accomplishment for any submariner, and it feels no different for me,” said Noonan. “I am thrilled to finally be a member of this elite community. I’m particularly grateful to my crew, officers and enlisted, for supporting me and holding me to the same standards as those who have gone before me. I look forward to being able to fully contribute to the crew now that I’m a qualified submarine officer.”

Added Cowan: “Qualification in Submarines is more of a personal achievement. It requires understanding of the many facets of submarine life and has you perform so many skills that when I take a step back and look at everything that I have done and what this qualification means I will do, it is pretty amazing. I see it as that point where I have demonstrated the knowledge and the instinct to perform safely and smartly in all areas of the ship and its missions.

“Ultimately, it is a monumental mark of the confidence my command and crew has in me. And earning that respect and acceptance is a feeling that I will hold with me for my entire life.”

Prior to reporting to their boats beginning in November 2011, Leveque, Cowan, Noonan and the other women assigned to Ohio, Maine, Wyoming and Georgia graduated from the Submarine Officer Basic Course in Groton, Conn. In addition, the submarine line officers under instruction graduated from the Naval Nuclear Power School at Charleston, S.C., and underwent naval nuclear prototype training. 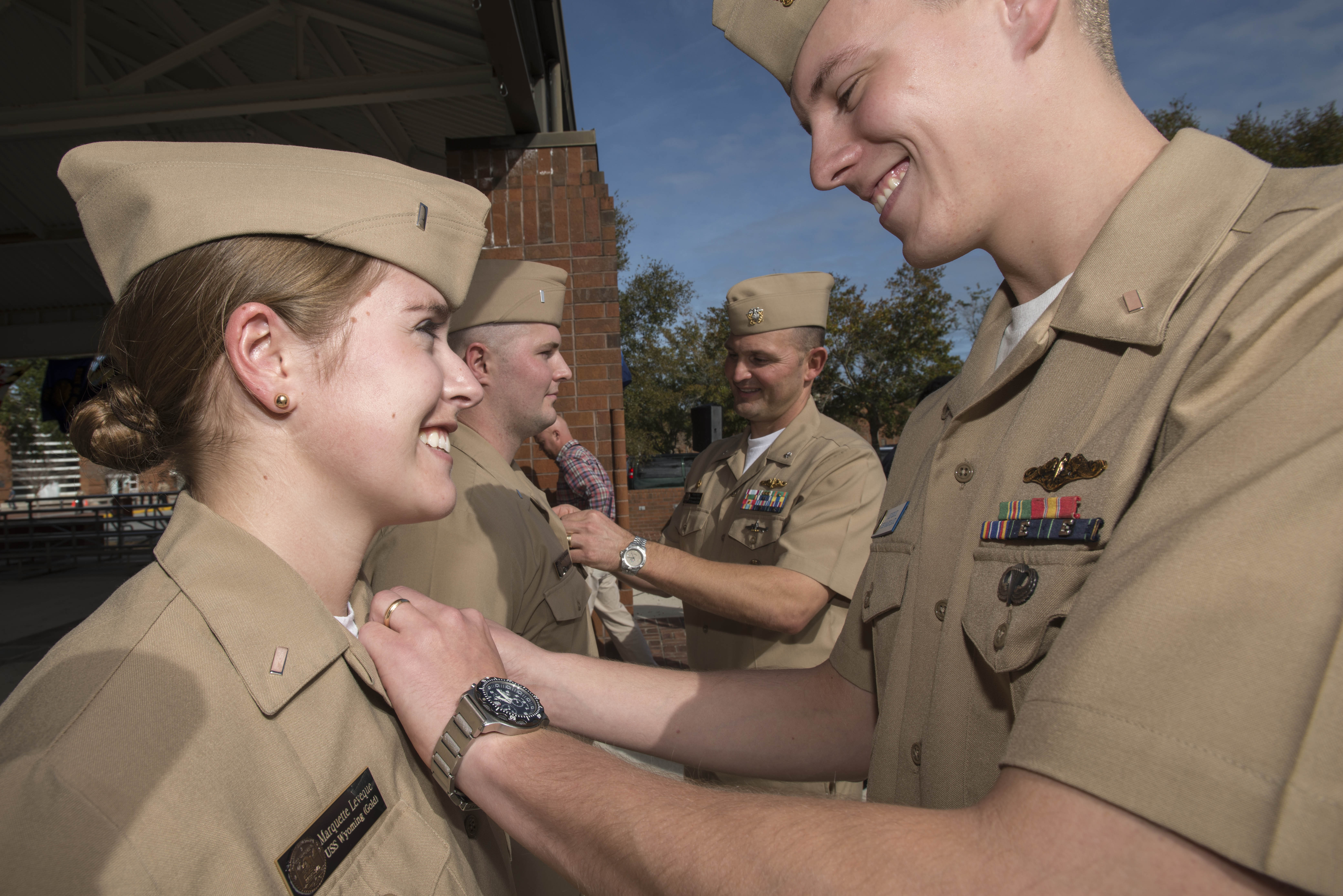