Virginia Beach, VA. – Two people were taken to the hospital after an early morning apartment fire in Virginia Beach.

Firefighters say the fire started just after 3 a.m. at the Linkhorn Bay Apartments in the 500 block of Pine Song Lane.

Firefighters arrived on scene and found heavy smoke and flames coming from the apartment building. A second alarm was immediately called.

It took firefighters almost an hour to put out the fire. 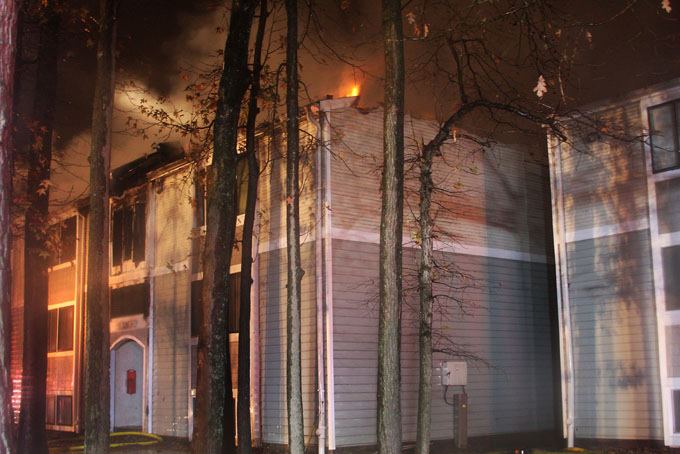 The fire has damaged 12 apartments. Firefighters say 22 people are displaced. Red Cross is on scene this morning to help those affected by the fire.

Firefighters say the cause of the fire was due to improperly discarded smoking material a second floor balcony.