Loved ones greet their Sailors and Marines at Naval Station Norfolk

Norfolk, Va. - Today, loved ones were able to welcome home their Sailors and Marines.

The families of those servicemembers who arrived pierside are so excited this afternoon - they've been reunited after an extended deployment.

NewsChannel 3 was there as service members hugged their loved ones - such an exciting time for them. Earlier, we watched the USS New York come in.

Those service members saw their children for the first time, while others, will soon be married.

Petty Officer, Second Class Joseph Barnes proposed to his girlfriend, Gela Spivey. He slipped an engagement ring on her finger.

It's how a 9-month deployment on the USS New York came to an end.

The USS New York made its way to Pier 9 under a clear blue sky. The chilly temperatures didn't stop these families. Especially because they had to wait an extra month to see their loved ones.

The ship had to turn around, and keep watch in the mideast unrest. But now, it's home.

All of these families say they plan to spend time resting and relaxing, before celebrating Christmas and New Year's. 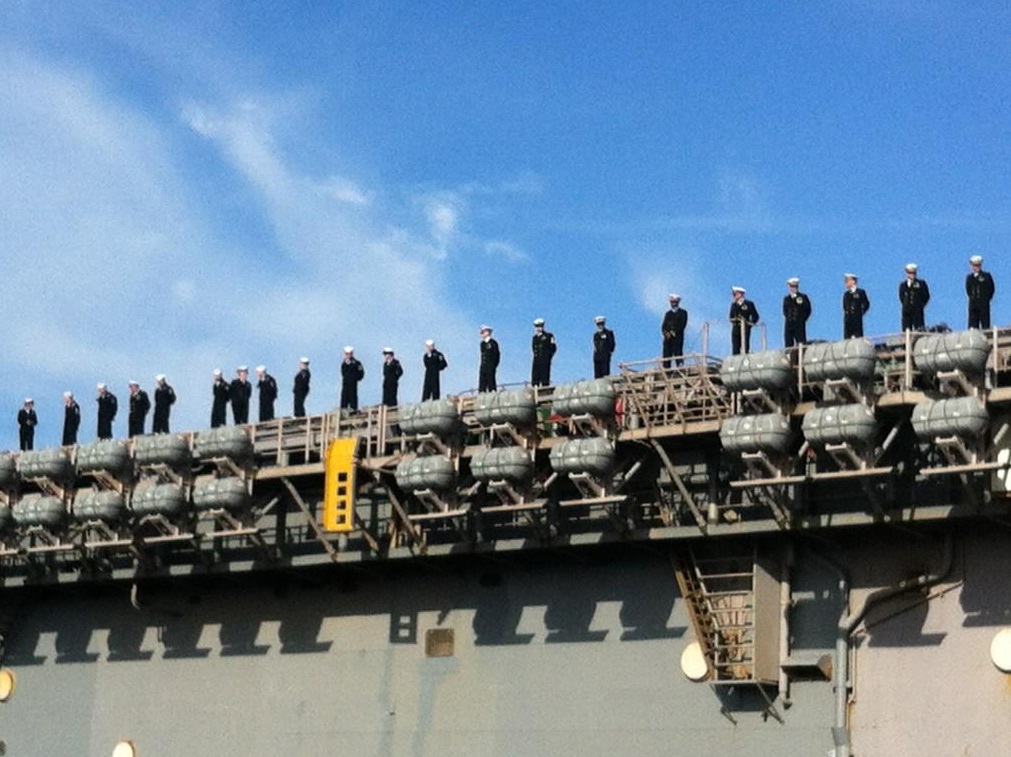