Edenton police investigating three robberies that may be related

Edenton, N.C. – Police in Edenton are investigating three robberies they say may be related.

The most recent happened Saturday night at the Super 8 Motel on Virginia Road. The suspect is described as a light-skinned black man wearing a dark hoodie and a mask armed with a handgun.

Police say two other robberies may be related.

The first robbery happened on November 22 at the Etna station on N. Broad Street. The suspect is described as 5’7” to 5’ 10”, medium build and was wearing a multicolored hoodie pulled around his face. 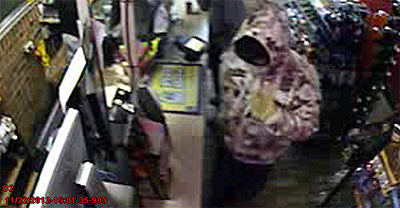 The second robbery happened on December 15 at the Shell station on N. Broad Street. That suspect  is described as a black man, 5’ 7” to 5’10. He was wearing a red and white jacket with the number 72 on the back.