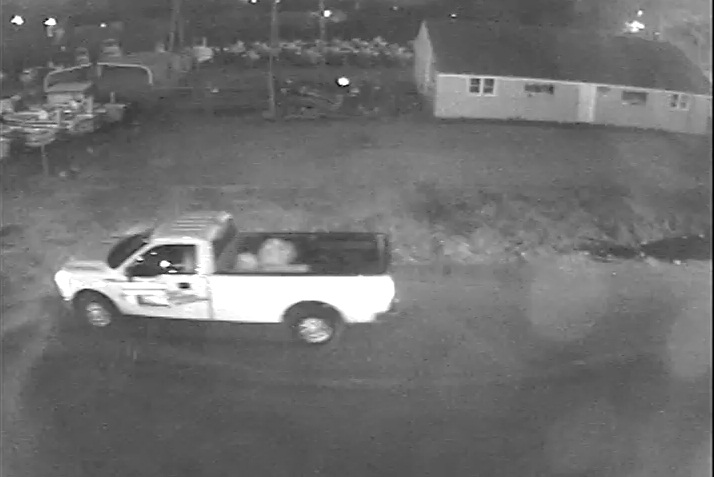 Norfolk, Va. - According to police, all five boats and trailers stolen from Norfolk Marine were recovered late Friday night into early Saturday morning, in the 2100 block of Springfield Ave.

Norfolk police say they received a call of a burglary just before 7 a.m. Friday morning at the Norfolk Marine on Virginia Beach Boulevard.

We're told there are four or five boats that were on trailers that went missing from the business.

A dog, a lab-pit bull mix, was also shot twice in the process according to the service director at the Norfolk Marine. The injured dog was taken to an emergency vet in Virginia Beach. Breezy, underwent surgery later in the afternoon and she is now recovering.

Surveillance pictures of the suspect vehicle were released by police. Two pickup trucks were used and the suspects came and went three separate times throughout the night.

The Norfolk Police Department is investigating the crime. Anyone with information is asked to call Norfolk Crime Line at 1-888-LOCK-U-UP.