According to the Dare County fire marshal, crews battled flames at the Seven C's Condos in Kill Devil Hills.

Officials say calls came in at around 7 p.m. Thursday night. When crews arrived on the scene, they raised the fire to a 2-alarm.

They say about half a dozen fire departments responded to the fire.

The flames consumed much of the building and some parts have partially collapsed.

Right now no injuries have been reported.

Only one unit of the condo was being rented at the time but it is unknown at this time if the occupants were there when the fire started. 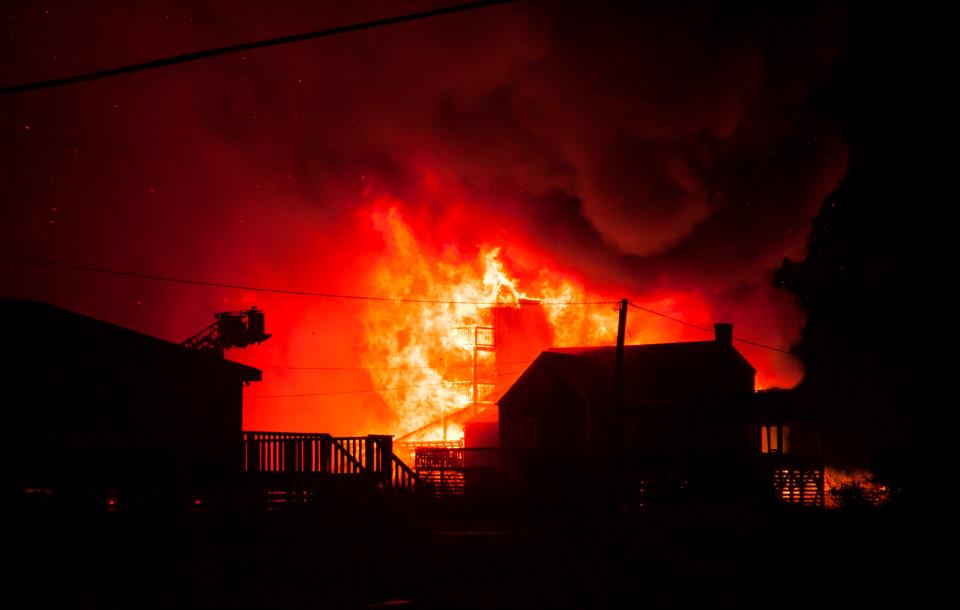