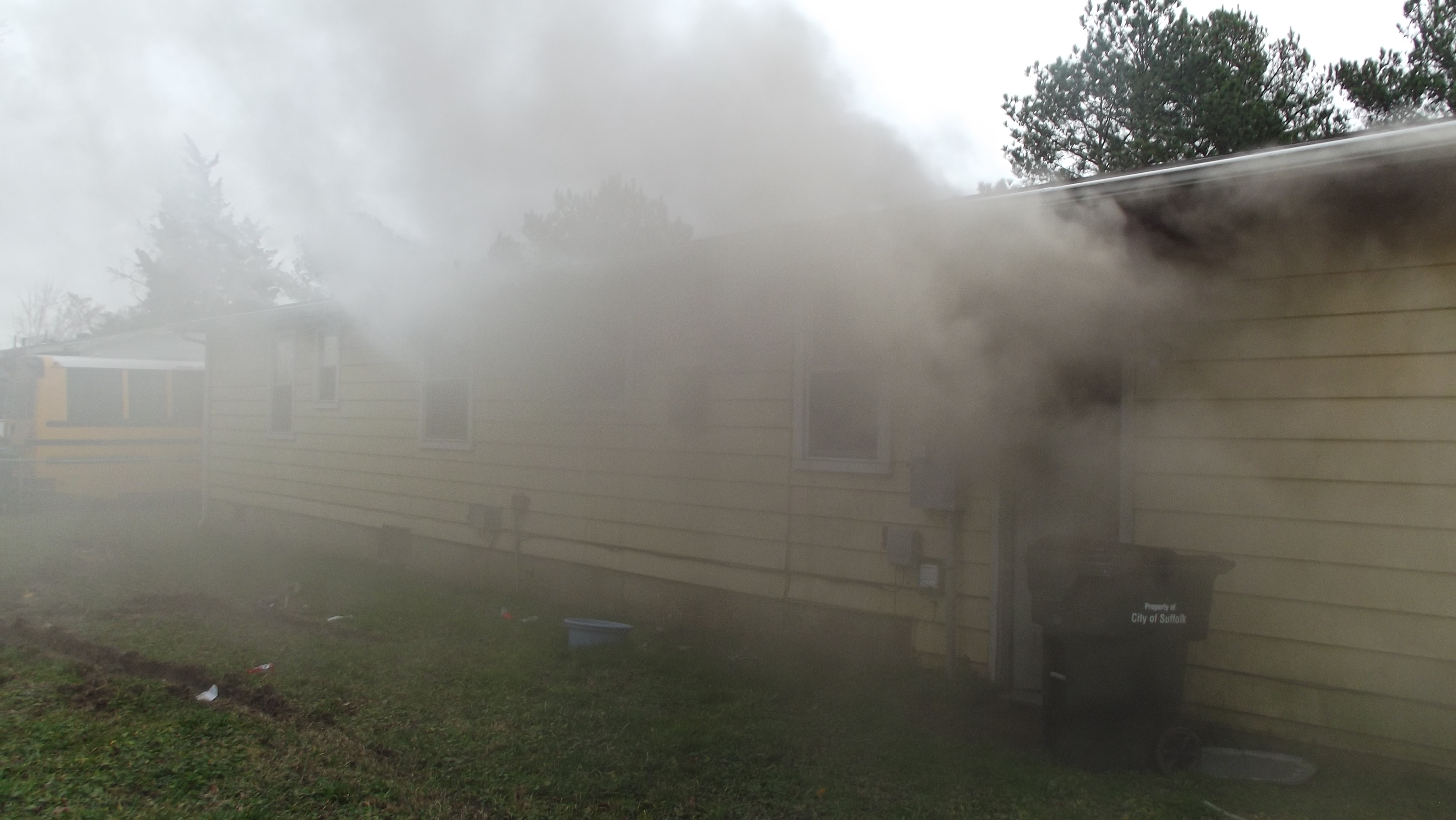 Suffolk, Va. –  A Suffolk family escaped their burning home in Suffolk on Sunday.

Engines 2 and 3, Ladder 3, Rescue 1, Battalion 1 and Medic 1 responded to the blaze, which was confined to the kitchen and was quickly brought under control.

There was moderate smoke damage throughout the home.  No injuries were reported.

One woman and three teenagers escaped the home unharmed after the smoke detector was activated.  The cause of the fire is under investigation.

The occupants of the home will be staying with family members.