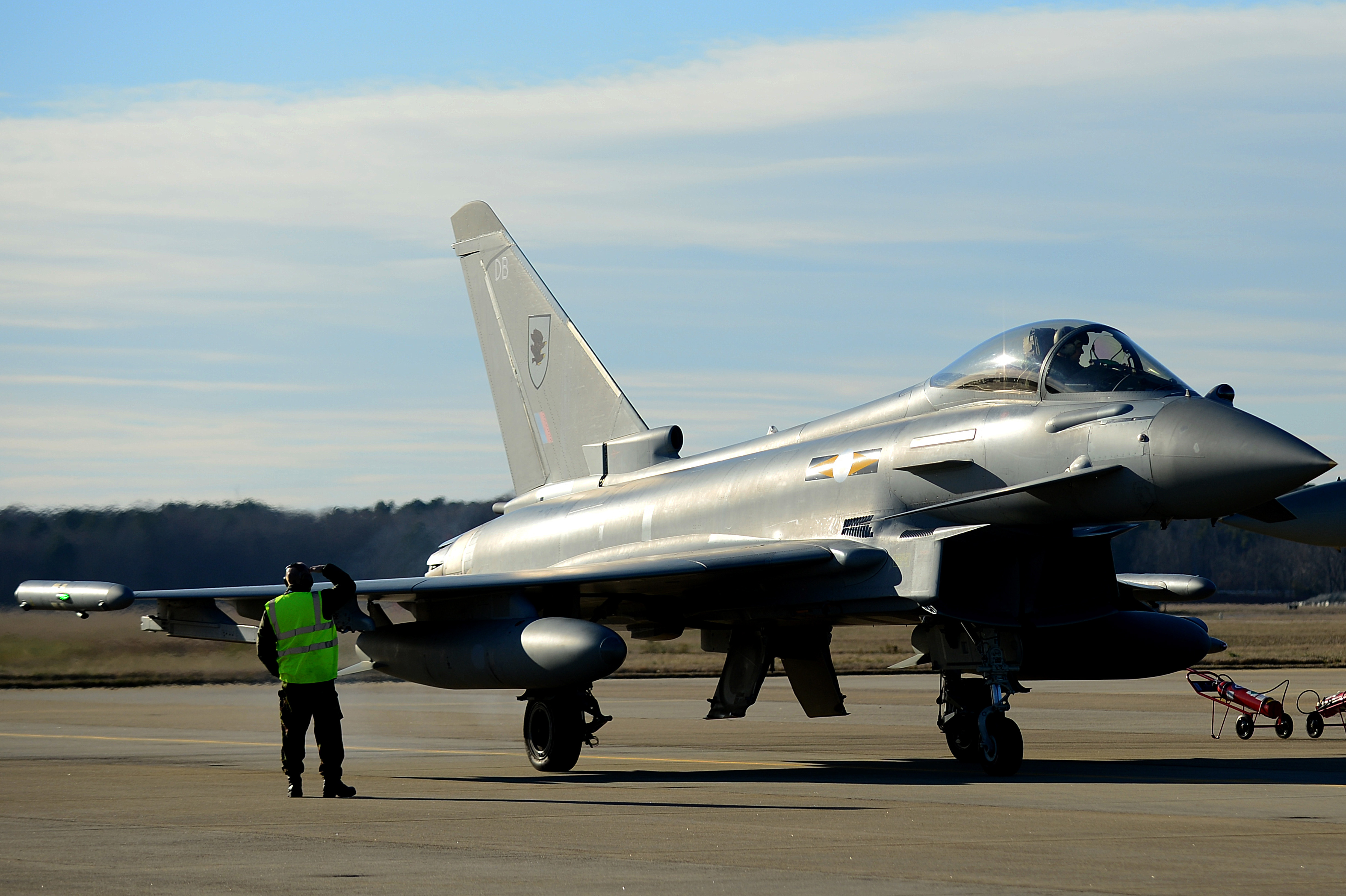 JOINT BASE LANGLEY-EUSTIS, Va. – Approximately 200 British airmen from XI Squadron Royal Air Force have arrived at Langley Air Force Base in the first integration exercise of the F-22 Raptor and the Typhoon FGR4.

“The exercise gives us valuable interaction with our allies as well as a great opportunity to integrate with the Typhoon,” said Col Kevin Robbins, 1st Fighter Wing commander. “It’s important for us as coalition partners to have that level of familiarity to make us more tactically proficient should the time ever come to utilize this training.”

The two units will participate in Exercise Western Zephyr, testing the capabilities and tactics of both the Raptor and Typhoon. Such proficiency is important to both countries, with the XI Squadron traveling from RAF Coningsby to participate in coalition exercises.

“The Raptor is a fifth generation low observable aircraft and we need to operate with them to enhance our joint capability,” said Squadron Leader Andy Chisholm, the XI Squadron’s executive officer. “It’s a mutually beneficial relationship. You have to practice, and practice makes perfect.”

Both the United States and its allies participate in such exercises to operate efficiently in current and future engagements.