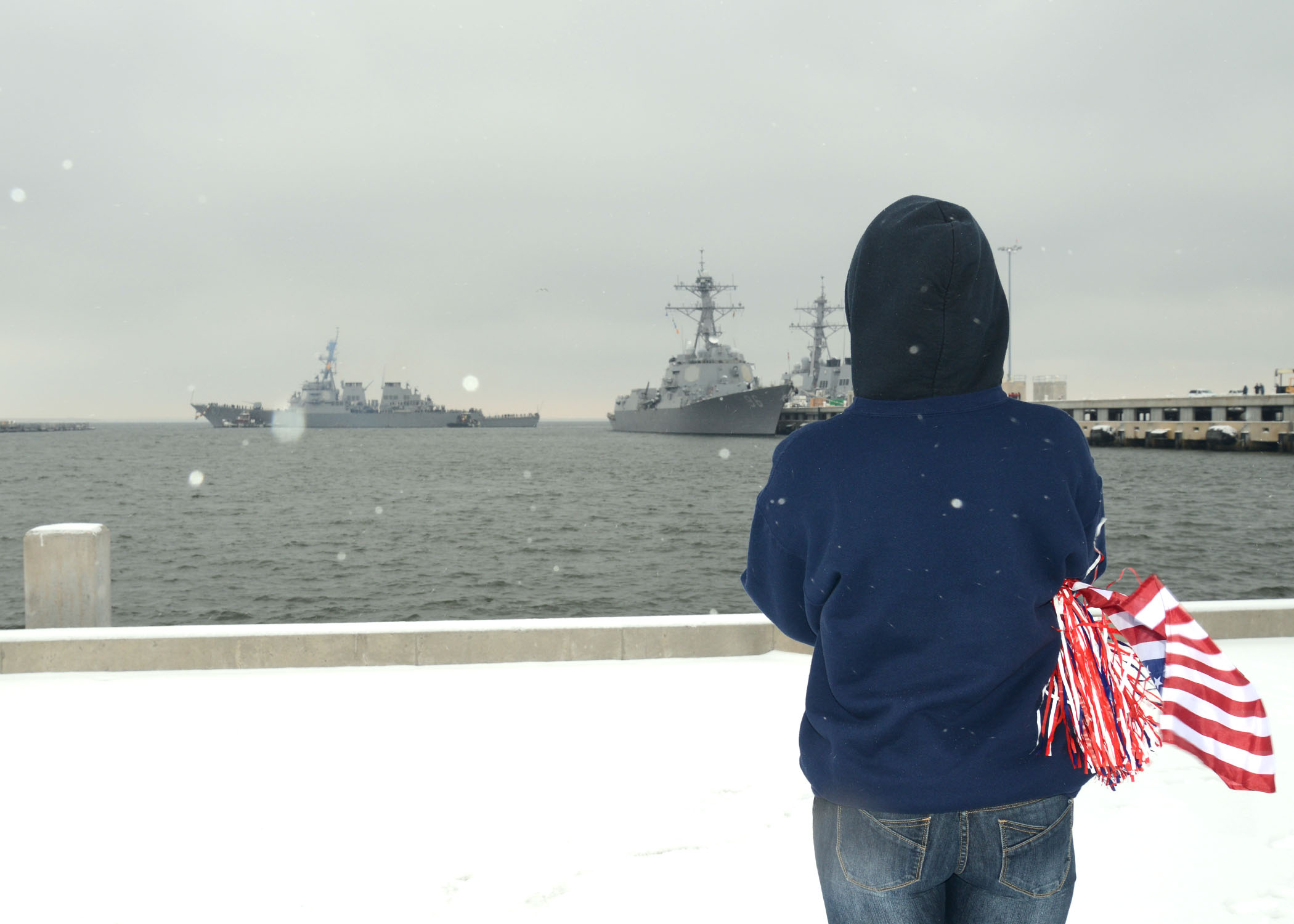 The ship departed last April. Cole is the fourth BMD-capable ship to deploy to the European theater to protect European allies, partners, U.S. forces in the region, and the U.S. homeland against current and emerging ballistic threats.

“We’re very blessed to have an outstanding crew who love what they do,” said Nilsen. “They understand the commitment they’ve made and have done a great job over these nine months. I couldn’t be more proud of what they’ve done.”

“Our success is indicative of the hard work, training, ownership, and pride of our crew,” added Dean. “Not only have they performed magnificently as a unit, but the individual accomplishments are equally outstanding, with 85 Sailors earning their Enlisted Surface Warfare Specialist pins, over 88 Sailors advancing in rate, and eight new chief petty officers. There’s a lot of history and pride on this ship, which isn’t forgotten.

“Cole is not a museum; it’s an active warship, and our crew honors its legacy by doing their jobs the best they can.”

The Cole is named in honor of Marine Sergeant Darrell S. Cole, who was awarded the Medal of Honor during World War II.