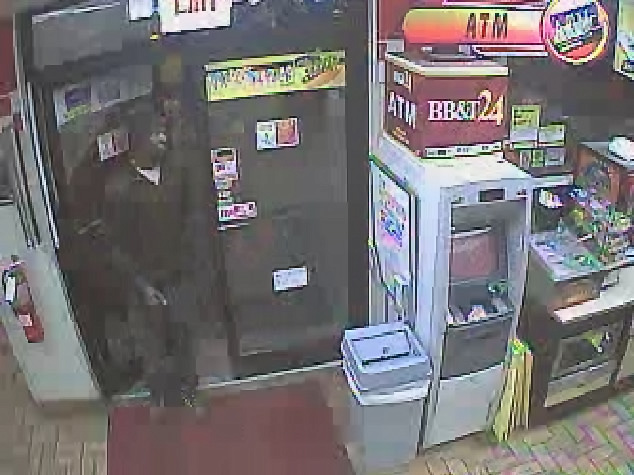 Update: Suffolk Police have released the following photos from the robbery at the Hess station in the 1500 block of Holland Road Sunday night. Anyone who can identify the suspect is asked to call Crime Line at 1-888-Lock-U-Up.

According to police, the Hess station in the 1500 block of Holland Road was robbed at 7:58 pm. The suspect is described as a black man, thin build, approximately 5’9”, between the age of 30 to 40 years old. He was wearing a green sweater, green hat, black jeans and a brown shirt.

He fled the premises on foot after taking an undisclosed amount of cash from the registers. There were no injuries. A police K-9 unit was called out to search for him.

Anyone who may have information on this case is asked to contact Suffolk Police or the Crime Line at 1-888-Lock-U-Up. When calling Crime Line, callers do not have to give their names or appear in court. If a caller’s information leads to an arrest, the caller could qualify for a reward of up to $1,000