State police are investigating another arson on the Eastern Shore early Wednesday morning.

Police say an abandoned building burned on Drummondtown Road. It continued to burn for several hours.

It's the 41st arson on the Eastern Shore since November, officials say.

No suspects have been identified at this time. Stay with NewsChannel 3 for updates.

Previous: Another arson reported on the Eastern Shore 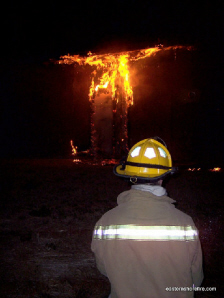