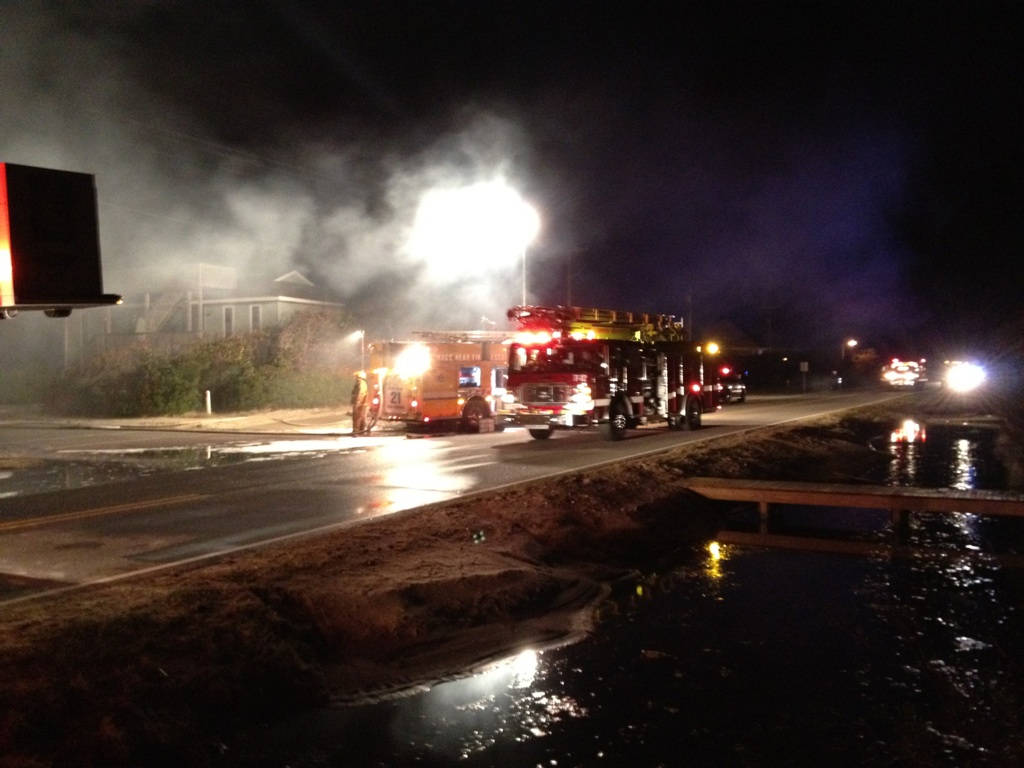 At about 10:41 pm, Nags Head Fire and Rescue received a report of a structure fire at the corner of Sea Gull Drive and S. Bodie Isle Court near Mile Post 20.5.

When firefighters arrived, fire was already consuming the home and two people in the house had escaped. Nags Head fire crews, assisted by other area fire departments, worked to contain the fire and limit the amount of damage to neighboring homes.

The house was a total loss and there was damage to the home next door. No injuries have been reported.

County records show the home is owned by Charles and Kathleen Reilly of Nags Head.

The Dare County Fire Marshal and Dare County Emergency Medical Services were also at the scene.