The 38-year-old, who declared himself the “most lethal sniper in U.S. history,” was killed along with 35-year-old Chad Littlefield on Saturday afternoon in Glen Rose, Texas, southwest of Fort Worth, the Texas Department of Public Safety said.

Routh’s family members could not be reached immediately for comment.

Routh, a former Marine, is believed to have left the service in 2010, a U.S. military official said Sunday. The official had no information on where Routh served or whether he took part in combat. The official spoke on condition of anonymity due to the sensitivity of the situation.

Kyle, an outspoken advocate for war veterans, claimed more than 150 sniper killings in Iraq, which he described as a record for any American. He said insurgents placed a bounty on his head and nicknamed him “the devil.”

He leaves behind a wife and two children.

He appeared last year on the NBC reality show “Stars Earn Stripes,” in which competitors took on missions based on military exercises. 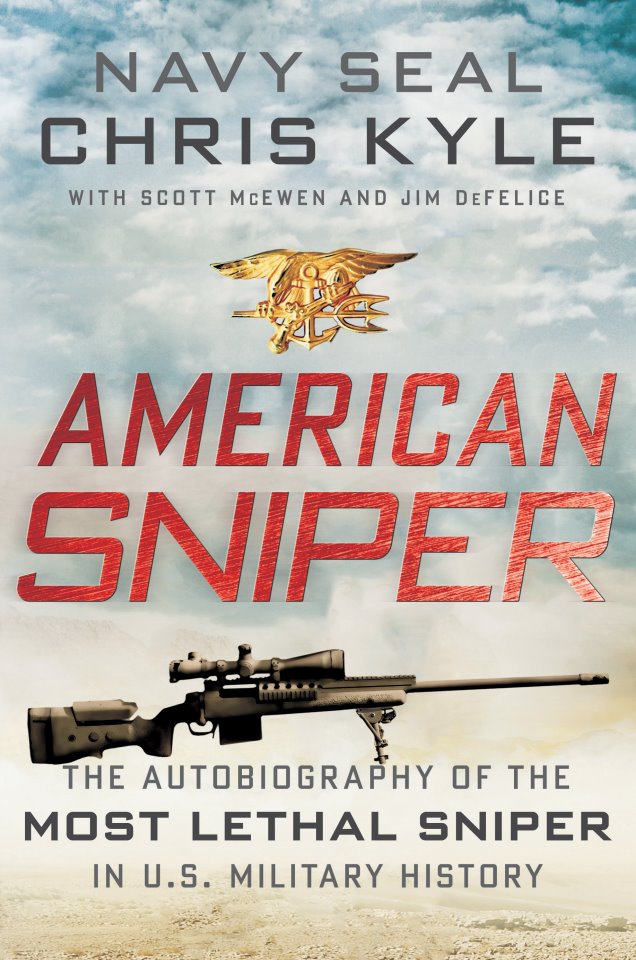 Recently, Kyle spoke out against weapons bans. In a video interview with guns.com, Kyle accused President Barack Obama of being “against the Second Amendment.”

The founding fathers “had the same weapons the military did,” he said. “We don’t even have that today — but don’t try to take what I’ve already got.”

“He was a man of incredible character, he led by example,” Jason Kos, a friend of Kyle’s, told CNN. “He always stopped to take time to talk to whoever was around him. Just incredibly humble, very funny as well.”

In a statement, the foundation described Kyle as an “American hero” and pledged to carry on his mission.

“What began as a plea for help from Chris looking for in-home fitness equipment for his brothers- and sisters-in-arms” struggling with PTSD turned into an organization that will continue after his death, Fitco Director Travis Cox said in a statement. “Chris died doing what he filled his heart with passion — serving soldiers struggling with the fight to overcome PTSD. His service, life and premature death will never be in vain. May God watch over his family and all those who considered Chris a true friend.”

Littlefield was also a veteran working to help people with PTSD, and also leaves behind a wife and children, Cox said.

In an interview with Time magazine last year, Kyle defended his decision to write a book despite the secretive nature of the SEAL world.

“It’s kind of frowned on,” he told the magazine. “But I’m not trying to glorify myself. I didn’t want to put the number of kills I had in there. I wanted to get it out about the sacrifices military families have to make.”

He said that while killing did not come easy at first, he knew it meant saving lives.

“The first time, you’re not even sure you can do it,” he said in the interview. “But I’m not over there looking at these people as people. I’m not wondering if he has a family. I’m just trying to keep my guys safe. Every time I kill someone, he can’t plant an (improvised explosive device). You don’t think twice about it.”

At one point, Kyle wrote, he shot a woman who was carrying a grenade while with her toddler. But he did not kill a child in Baghdad’s Sadr City area who had a rocket-propelled grenade launcher. “According to the rules of engagement at the time, you could kill anyone with an RPG on sight. That day I just couldn’t kill the kid. He’ll probably grow up and fight us, but I just didn’t want to do it.

He said the American public lives “in a dream world. You have no idea what goes on on the other side of the world. The harsh realities that these people are doing to themselves and then to our guys. And there are certain things that need to be done to take care of them.”

The book led to a lawsuit. Kyle claimed that he had a bar fight with former Minnesota Gov. Jesse Ventura during a SEAL’s wake after Ventura made offensive remarks about SEALs. The book did not include Ventura’s name, but Kyle mentioned it in interviews about the book. Ventura insisted that the alleged incident never happened, and filed suit accusing Kyle of fabricating the story. Kyle denied Ventura’s allegation. The suit was not resolved.

Before becoming a sniper, Kyle was a Texas rodeo cowboy. He started shooting as a child during hunting trips with his father.

After leaving the military, he founded Craft International, a military training company.

His bio on the company website says that in addition to working with the SEALs, he served with units in the Army and Marines.

In the interview with Time (like CNN, a part of Time Warner), Kyle said he did not regret any of his kills. He also said he was “comfortable” with the possibility that that part of his life might be over.

He added, “I’m a better husband and father than I was a killer.”