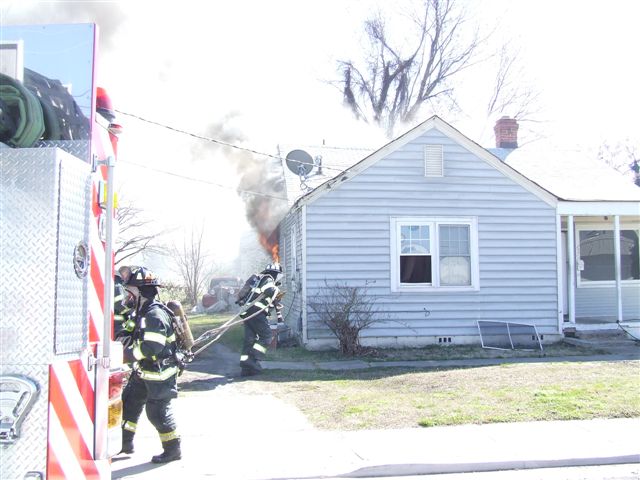 Newport News, Va. – A Newport News home was condemned Thursday afternoon after a fire believed to have been sparked by a space heater heavily damaged the residence.

Fire crews responded to the blaze in the 1300 Block of 36th Street at 12:03 p.m. and found smoke and flames issuing out of a window of the single story home. Crews brought the fire under control at 1222. There were no injuries reported.

Firefighters were able to confine the fire to the rear bedroom, but there was extensive smoke damage throughout the home. The preliminary damage is estimated to be around $25,000 and the home was condemned due to the amount of damage.

The Red Cross was called to assist three adults and two children with finding a temporary place to stay.

The cause of the fire is being attributed to a space heater.

The Newport News Fire Department would like to remind the public to make certain that there is enough room surrounding space heaters to prevent fires. There should not be any combustible material near the heaters.

It is recommended to maintain a 36-inch clearance on all sides of the space heater. Additionally, space heaters should be plugged directly into an electrical outlet instead of extension cords or outlet strips.