The ship and her crew traveled more than 45,000 nautical miles during their deployment to the eastern Mediterranean.

While on station, Forrest Sherman embarked Helicopter Squadron Detachment 48.1 with Venom 503, logging more than 510 flight hours in their SH60-B helicopter.

“We visited 16 ports in six different countries and Forrest Sherman Sailors were excellent ambassadors for our ship, the Navy, and our country,” said the ship’s Commanding Officer, Cmdr. Brad Busch. “I’m proud of the crew’s achievements and the manner in which they presented themselves,” he added.

The deployment was professionally successful for the crew in which 86 of its Sailors, about 30% of the total crew of 276, earned their Enlisted Surface Warfare qualification.

“As we return to homeport following an eight-month deployment to the 6th Fleet, I would like to thank all the Sailors on board Forrest Sherman for their hard work and dedication.”

Forrest Sherman is the 48th ship in the Arleigh Burke (DDG-51) Class of Aegis guided missile destroyers – the U.S. Navy’s powerful destroyer fleet. These highly-capable, multi-mission ships can conduct a variety of operations, from peacetime presence and crisis management to sea control and power projection, in support of National Military Strategy. 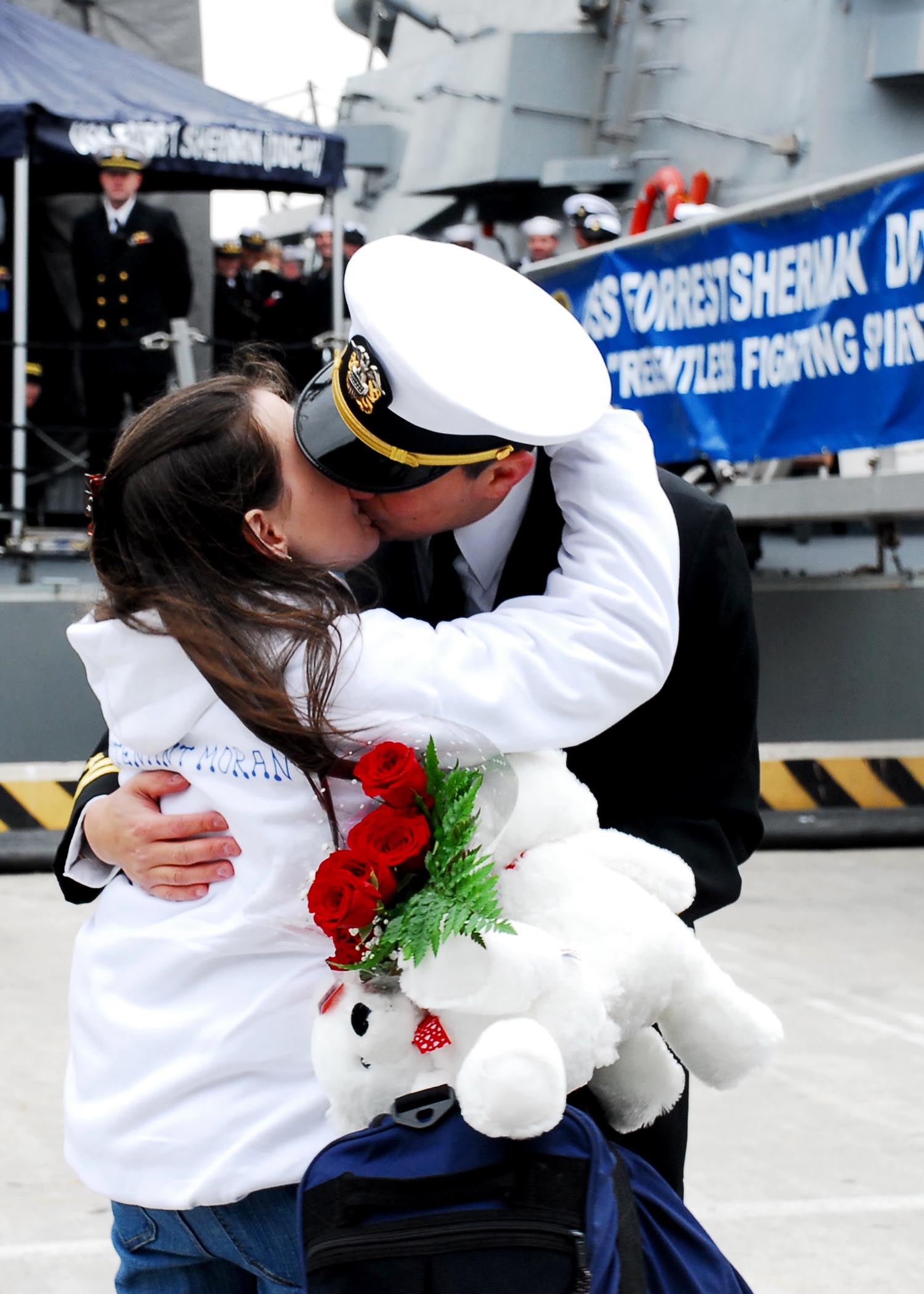