The facial reconstructions are of four men found dead in Newport News and Chesapeake between 1982 and 1992.

"Nuclear DNA or the old technology of DNA was unsuccessful, we weren’t able to get useful DNA profiles because the bones were dry and old and the DNA was hard to extract," Bush explained.

Bush hopes that the new facial reconstruction busts will help identify the men.

"It’s a two-pronged approach, identify these for loved ones and identify them for the police," Bush stated.

The first bust is from a skeleton found on November 19, 1983 in a wooded area on Happy Acres Road in Chesapeake.

It is believed the remains were from a white man between 23 and 30 years old.

The second case is from July 20, 1982 when partly decayed remains were found in a ditch off Airport Feeder Road near Route 58 in Chesapeake.

The Medical Examiner believes that remains were of a white man between 35 and 55 years old.

The third bust is of a man found floating in boat harbor in the Chesapeake Bay off Newport News on July 29, 1982.

Those remains are thought to be of a white man between 35 and 50 years old.

The final remains are of a man found next to a warehouse at 231 Enterprise Drive in Newport News on April 7, 1992.

Those remains are thought to be of a man between 35 and 50 years old. 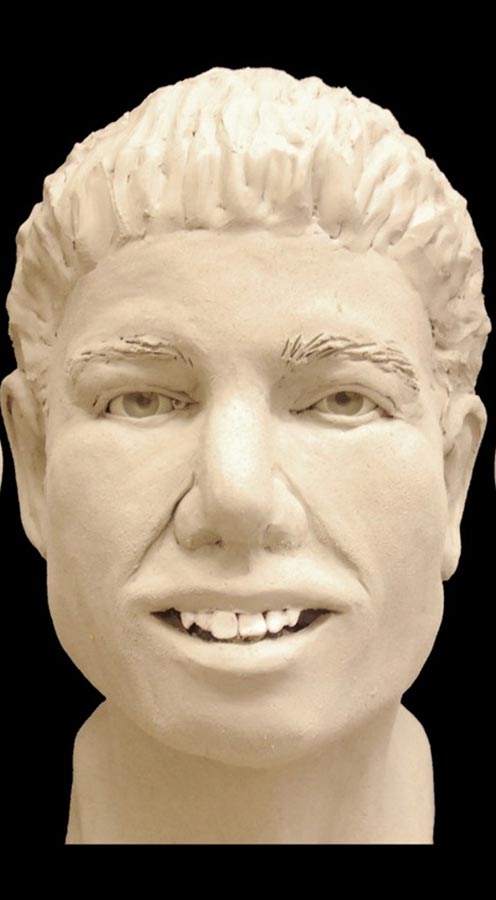