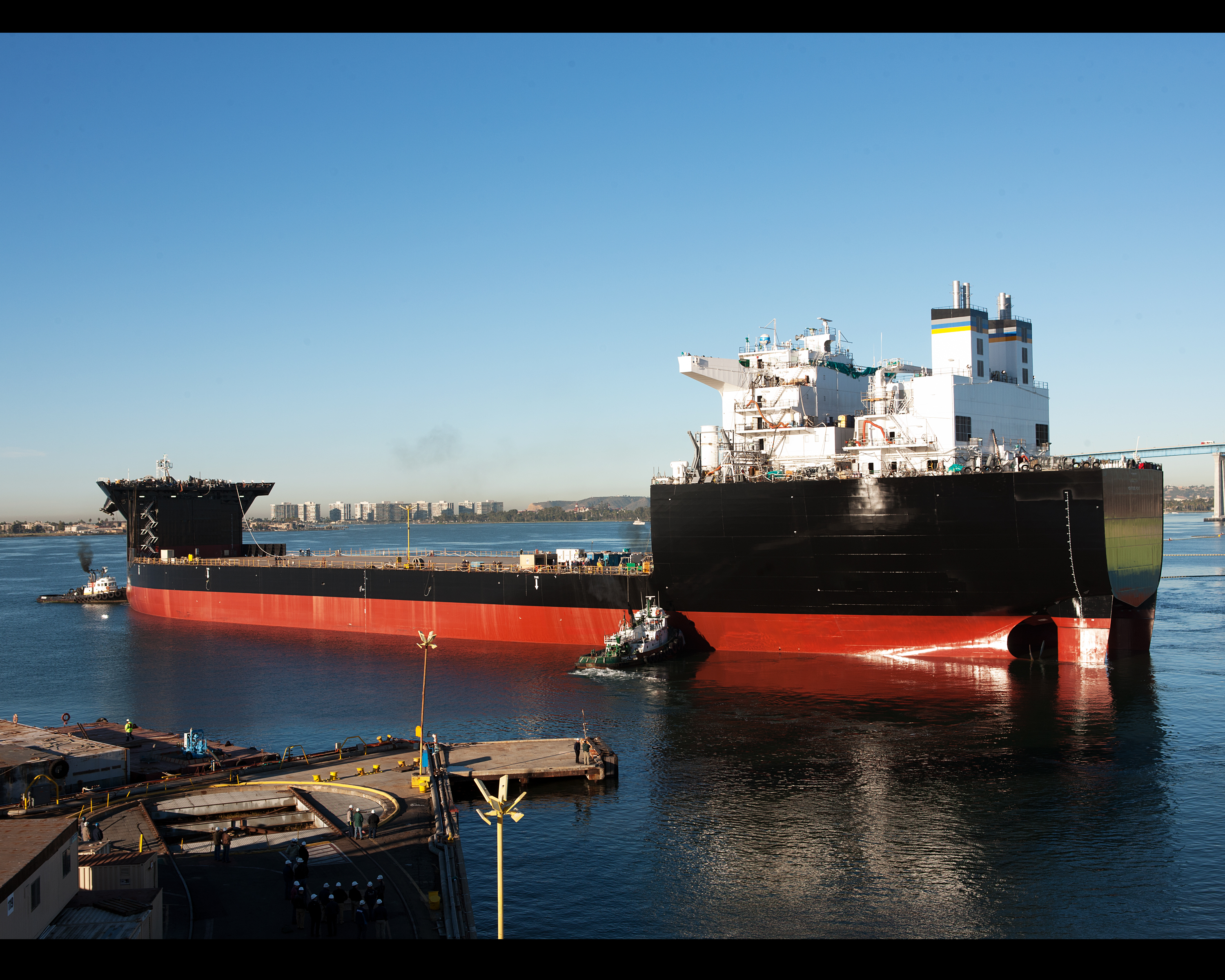 The MLP is a new class of auxiliary support ship, scheduled to join the Military Sealift Command’s Maritime Prepositioning Force. The ships will be the centerpiece of the Navy’s ‘Sea Base’ concept, and will serve as a transfer point for Marine Corps amphibious landing forces between large ships and small landing craft.

They will provide the capability to transfer vehicles and equipment at-sea, improving the U.S. military’s ability to deliver equipment and cargo from ship to shore when land bases do not exist.

USNS Montford Point (T-MLP 1) is named for the approximately 20,000 African-American Marine Corps recruits who trained at the North Carolina facility from 1942 to 1949. Their exceptional service prompted President Truman to sign an executive order in 1948 disallowing segregation in the Marine Corps. These 20,000 Marines were recently recognized with our nation’s highest civilian honor for distinguished achievement, the Congressional Gold Medal.

“I chose to name the department’s new MLP Montford Point as a way to give some long-overdue recognition to these proud Americans who gave so much in the defense of our nation,” said Secretary of the Navy Ray Mabus. “The courage shown by these Marines helped forge the Corps into the most formidable expeditionary force in the world.”

MLPs will have a maximum speed of 15 knots and range of 9,500 nautical miles. At 785 feet long, MLPs displace more than 80,000 tons when fully loaded. The ships will operate with a crew of 34 Military Sealift Command personnel.