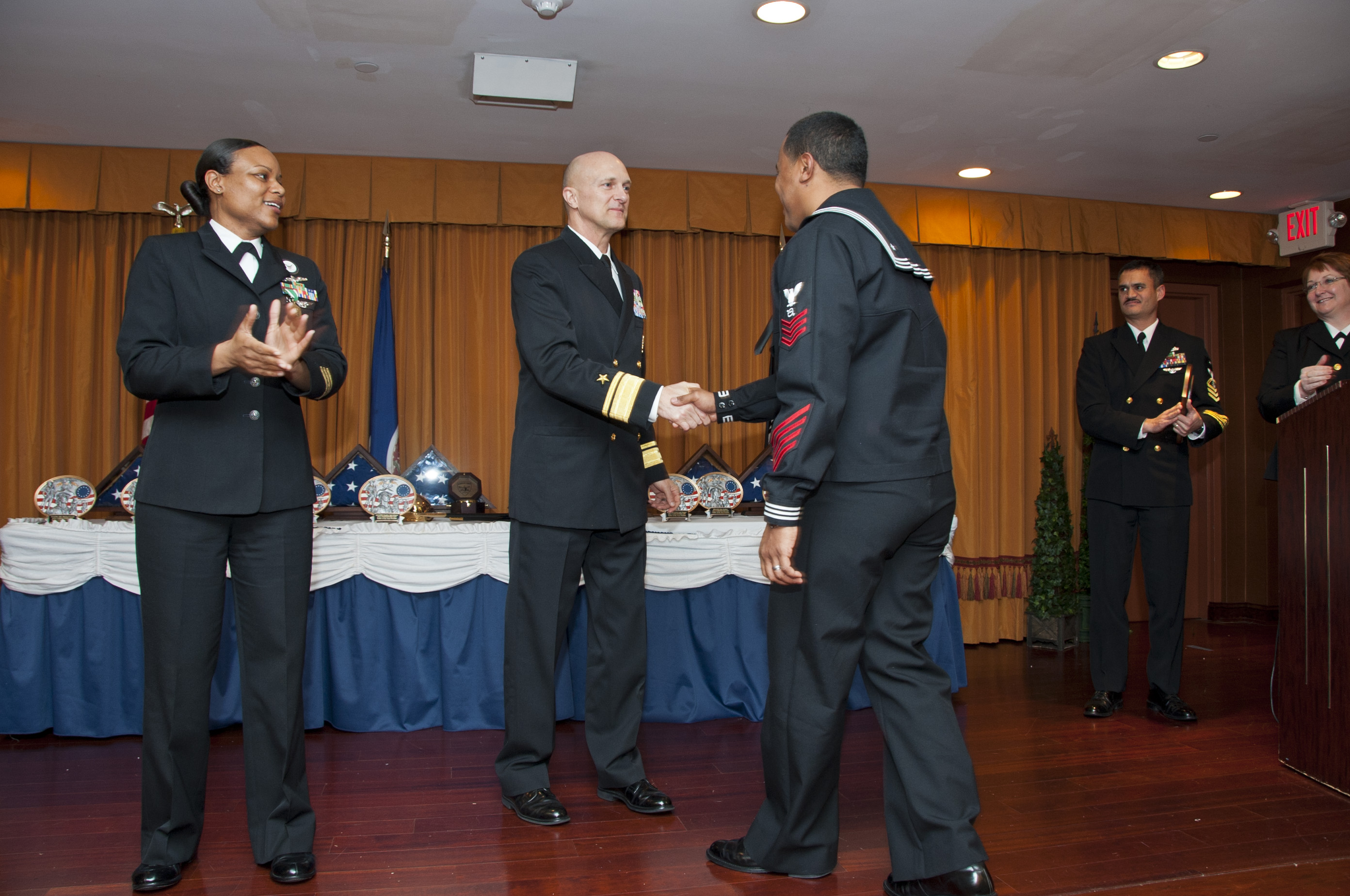 “It is still overwhelming, such a surreal moment but very humbling,” said Rogers, who is assigned to the dock landing ship USS Oak Hill (LSD 51).

“One thing I will take away from this experience is that your hard work never goes unnoticed. There’s always someone looking, whether it is the junior Sailor or the most senior person in your command.”

Rear Adm. David M. Thomas Jr., commander, Naval Surface Force Atlantic, was the guest speaker at the announcement breakfast held at the Brashear Conference Center on Joint Expeditionary Base Little Creek-Fort Story. After presenting each of the 10 finalists with a Navy and Marine Corps Commendation Medal, Thomas announced the two Sailors who will advance to the next level of competition at U. S. Fleet Forces Command.

“It has been my honor to be part of this event for the past three years,” said Thomas. “Here we have among us the best of those deck plate leaders.  I am so humbled to be part of the same Navy that you all are in.”

The Sailor of the Year program was established in 1972, by Chief of Naval Operations Adm. Elmo Zumwalt and Master Chief Petty Officer of the Navy John Whittet, to recognize an individual Sailor who best represented the ever-growing group of dedicated professional Sailors at each command and ultimately the Navy. When the program began, only the Atlantic and Pacific Fleet Sailors were recognized. Within 10 years, the Sailor of the Year program was expanded to include the shore establishment and Navy Reserve.

SURFLANT’s nominees represent over 25,000 Sailors serving in 82 ships and 45 special mission and support commands from Hampton Roads to Mayport, Fla. The sailor who is selected as the U.S. Fleet Forces Sailor of the Year will be meritoriously advanced to the rank of chief petty officer at a ceremony in Washington, D.C.