Washington, D.C. – The remains of two sailors recovered from the wreck of the USS Monitor were interred in a ceremony at Arlington National Cemetery Fridayafternoon.

The specific date of the interment was chosen to honor Monitor’s role in the Battle of Hampton Roads 151 years ago.

“These may very well be the last Navy personnel from the Civil War to be buried at Arlington,” said Navy Secretary Mabus. “It’s important we honor these brave men and all they represent as we reflect upon the significant role Monitor and her crew had in setting the course for our modern Navy.”

The Brooklyn-built Monitor, the nation’s first ironclad warship, made nautical history after being designed and assembled in 118 days. Commissioned Feb. 25, 1862, the Monitor fought in the first battle between two ironclads when it engaged CSS Virginia in the Battle of Hampton Roads March 9, 1862. The battle marked the first time iron-armored ships clashed in naval warfare and signaled the end of the era of wooden ships.

Though the Monitor’s confrontation with the Virginia ended in a draw, the Monitor prevented the Virginia from gaining control of Hampton Roads and thus preserved the Federal blockade of the Norfolk-area.

Months later, 16 Sailors were lost when the Monitor sank Dec. 31, 1862 in a storm off Cape Hatteras, N.C. Her wreck was discovered in 1974 was designated the nation’s first national marine sanctuary, managed by the National Oceanic and Atmospheric Administration (NOAA).

Starting in 1998, the Navy, NOAA and the Mariner’s Museum in Newport News, Va., began working together to recover artifacts from Monitor. 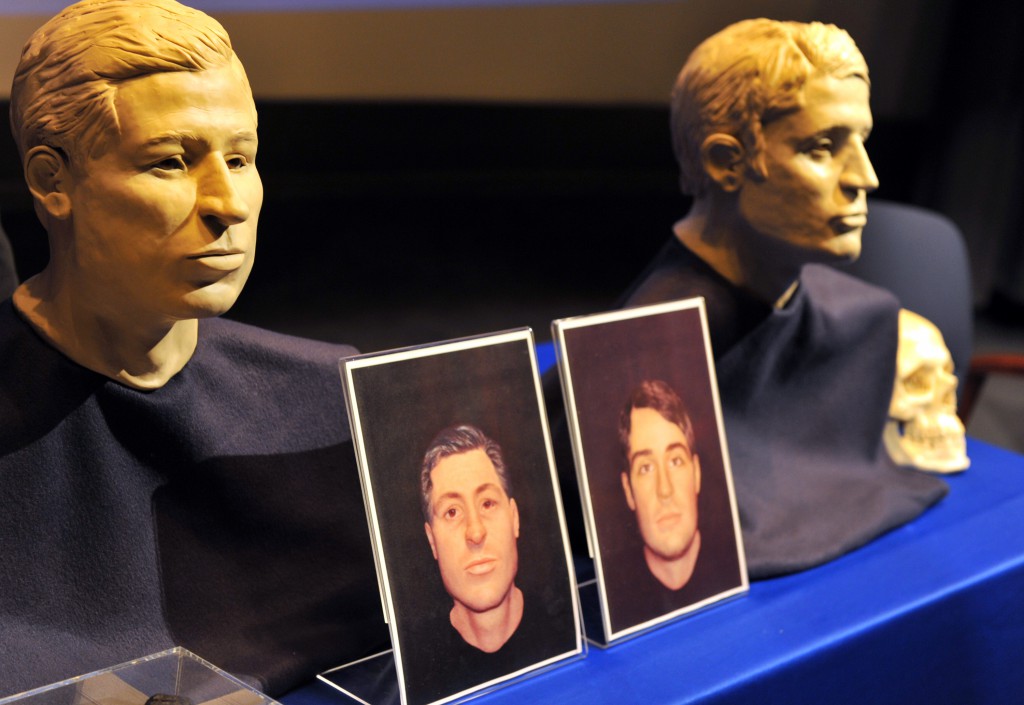 During the summer of 2002, while attempting to recover the ship’s 150-ton gun turret, Navy divers discovered human remains inside the turret. The remains were transported to Joint POW/MIA Accounting Command (JPAC) in Hawaii for possible identification.

JPAC, with the assistance of the Navy Casualty Office and NOAA, conducted a comprehensive effort to identify the remains of the unknown Sailors, to include time-demanding and detailed genealogical research. Given the age of the remains, efforts to identify them were unsuccessful. However, JPAC was able to narrow down possible descendents of the unknown Sailors to 30 family members from 10 different families.

“The decision to lay these heroes to rest in Arlington, honors not only these two men but all those who died the night Monitor sank and reminds us, that the sacrifices made a hundred and fifty years ago, will never be forgotten by this nation”, said David Alberg, Superintendent of NOAA’s Monitor National Marine Sanctuary.