ROME (CNN) — Pope Francis I, the first non-European pontiff of the modern era, revealed himself to the world from a balcony at the Vatican on Wednesday.

Jorge Bergogolio, who served as archbishop of Buenos Aires, took the name Francis shortly after being elected by cardinals in what was apparently the fifth round of voting on the second day of the conclave.

“As you know, the duty of the conclave was to appoint a bishop of Rome,” Francis told a cheering crowd of thousands packed into St. Peter’s Square.

“It seems to me that my brother cardinals have chosen one who is from faraway. … Here I am. I would like to thank you for your embrace.”

Bergogolio, 76, is the first pope to take the name after St. Francis of Assisi, the patron saint of animals and ecology. St. Francis, who lived in the 12th century, is regarded with great respect among Catholics.

Bergoglio is considered a straight-shooter who calls things as he sees them, and a follower of the church’s most conservative wing.

He has clashed with the government of Argentine President Cristina Fernandez de Kirchner over his opposition to gay marriage and free distribution of contraceptives.

Crowds gathered in St. Peter’s Square — as well as millions of people watching on television around the world — erupted into cheers as Francis appeared on the balcony.

The result of the vote was heralded by white smoke rising from the chimney on the Sistine Chapel. Bells also rang just after 7 p.m. (2 p.m. ET), confirming that the 115 cardinals had elected a successor to Pope Benedict XVI, who resigned last month.

As people cheered the announcement that a winner had emerged from the conclave, Francis I was putting on his white papal robes for the first time.

Seventy-seven votes were required to confirm a new pontiff to step into the shoes left empty by the historic resignation of Benedict XVI at the end of last month.

Earlier, black smoke poured from the chimney at 11:39 a.m., indicating that no result came from the first two rounds of votes held Wednesday morning.

The smoke came somewhat earlier in the day than expected because once the cardinals are familiar with the voting procedures, they can move relatively quickly, according to the Rev. Thomas Rosica, a Vatican spokesman.

After the two morning ballots, the cardinal-electors — those aged under 80 who are eligible to vote — went to lunch in the Casa Santa Marta hotel, where they are staying.

Black smoke also billowed from the chimney of the Sistine Chapel Tuesday night, after the cardinals failed to choose a new pope in the first vote of their conclave.

Huddled under umbrellas as rain came down, crowds of onlookers watched the chimney and big screens set up in St. Peter’s Square.

Filipino priest and CNN iReporter Joel Camaya was among a number of Catholic faithful in the square who watched as the black smoke poured out.

There was “a collective sigh of disappointment and everyone started heading home,” he said. “There was no pope, yet.”

The public interest reflects the “very intense and beautiful period” the church is experiencing at the moment, Lombardi said. “We are feeling the level of intensity of the wait. We saw many people in the square last night, a lot more than I myself had expected.”

Benedict had earlier watched on TV as the scarlet-clad cardinals attended a special Mass and took their oath of secrecy in the Sistine Chapel to begin the conclave to elect his successor, he said.

The Vatican received calls Tuesday night from people concerned that the heavy black smoke might have caused damage to the Sistine Chapel or created problems for the cardinals, Rosica said.

But, he said, he could confirm that the frescoes have not been damaged and that the cardinals are enjoying good health. 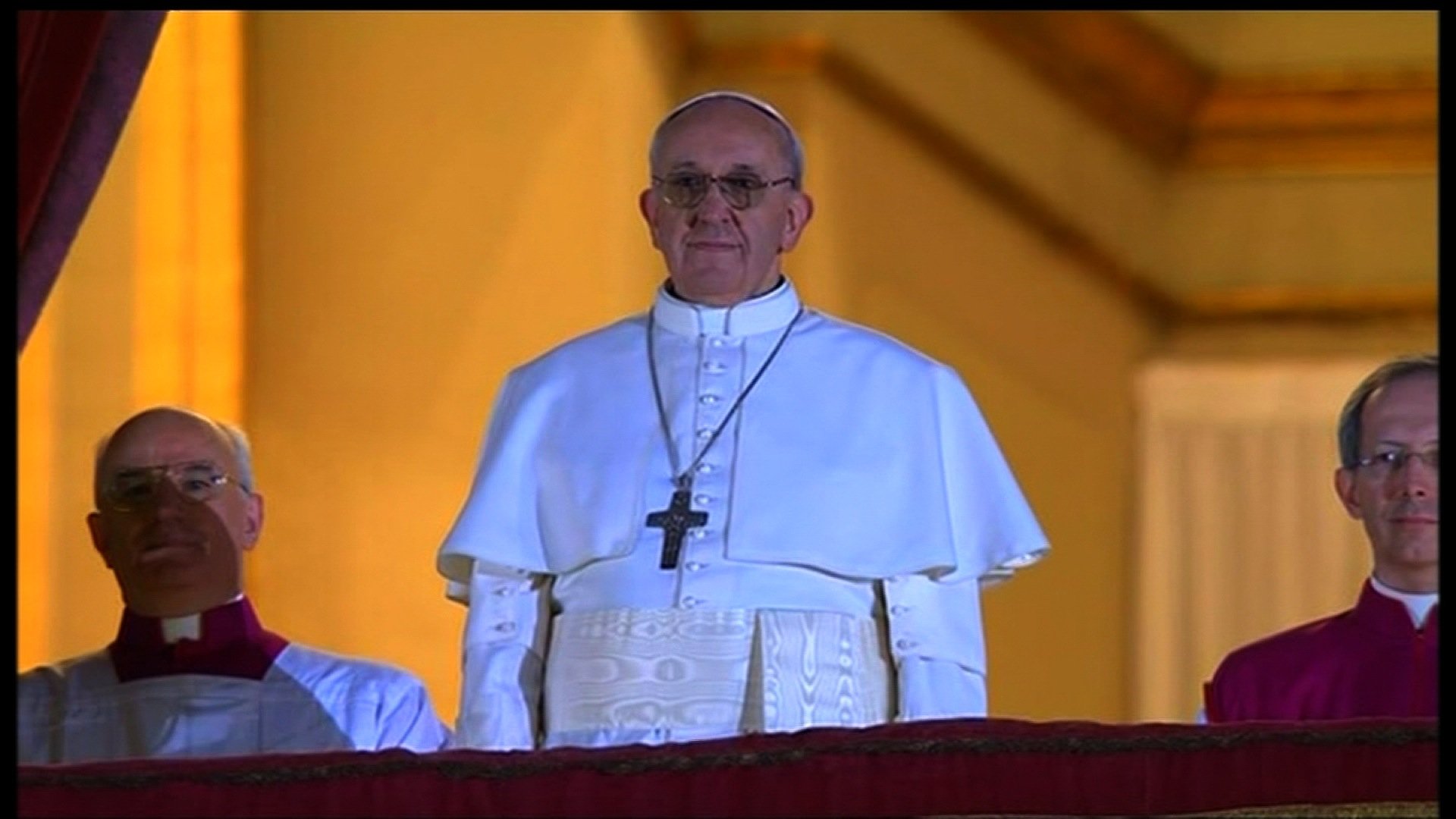 Moments after Pope Francis addressed a large Vatican City crowd for the first time since being elected pontiff, a message on the Pope’s Twitter account — which had been dormant since Benedict XVI stepped down — said, “Habemus Papam Franciscum.”

That translates, from Latin, as, “We have Pope Francis.”