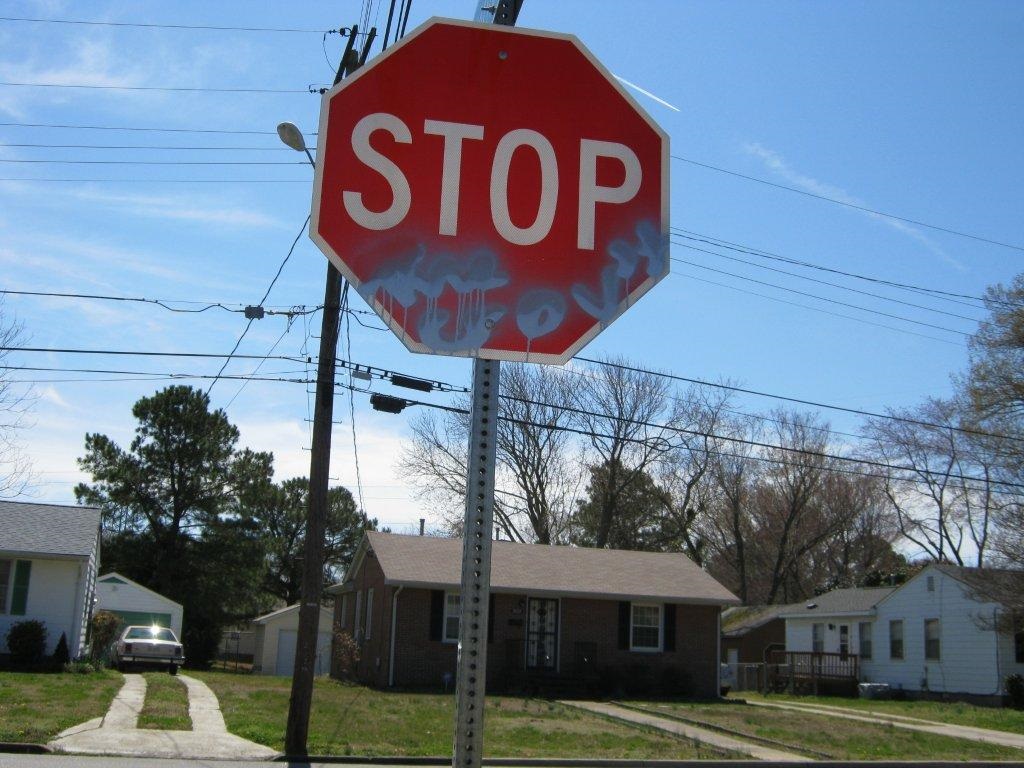 Police need help finding those behind a rash of vandalism acts involving spray paint in the area of Vernon Place, Orcutt Avenue, and Roanoke Avenue.

Police say overnight on Saturday, March 23 and March 24, 2013 and again March 30 and March 31, 2013, a number of cars parked along the street, a number of city signs, streets, and driveways were damaged by spray paint.

The damage included vulgarities and other markings being spray painted on the surfaces.

The “F” word was sprayed on to a sidewalk.

South Precinct property crimes detectives are asking anyone who may be a victim and has not filed a police report to photograph the damage and call (757) 928-4100 and file a report by phone.

Detectives are asking the community to report any suspicious activity by calling Police Communications at (757) 247-2500.

Anyone with information regarding who is responsible for the damage is asked to call Newport News Crime Line at 1-888-LOCK-U-UP. Crime Line callers may remain totally anonymous, are never required to testify in court and could be eligible for a cash reward for information leading to an arrest.