Woman charged after her tractor trailer overturns on MMMBT

A woman was rescued Monday morning after her tractor trailer crashed on the MMMBT - and was left dangling over the bridge.

The driver is fine, police say, but she has suffered minor injuries. She is charged with  reckless driving in the accident. 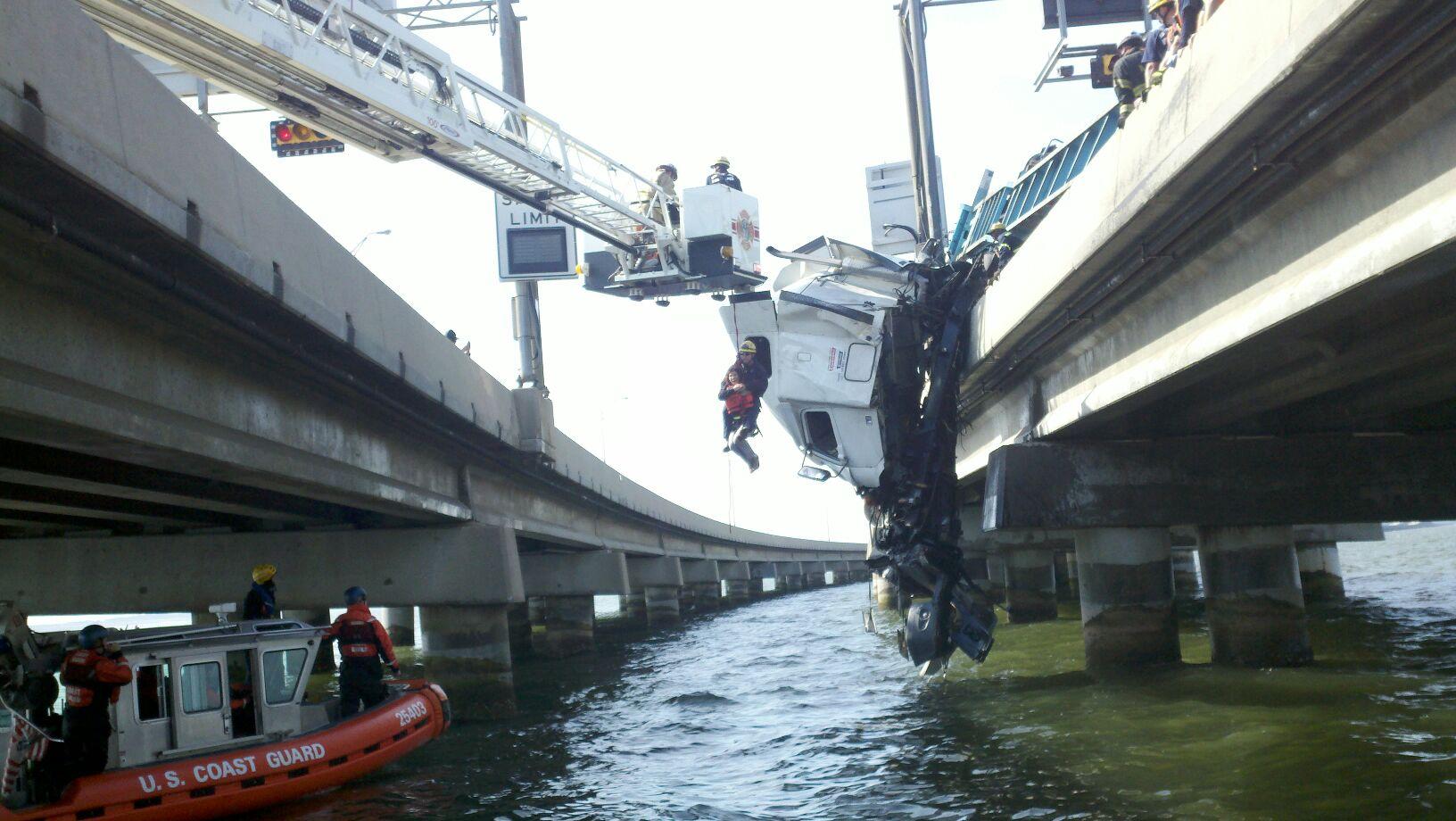 It happened at approximately 8:48 a.m. Monday morning. Virginia State Police was called to the single vehicle tractor trailer accident on I-664 southbound at the Monitor Merrimac Bridge Tunnel.

43-year-old Almira Ribic of Newport News was driving a 2005 Freightiner on I-664 southbound when she lost control of the vehicle and ran off the road to the right - striking the bridge and overturning.

Police say the cab of the truck rested over the jersey wall, dangling above the water with Ribic trapped inside.

Newport News and Suffolk Fire Departments repelled from an elevated platform to rescue Ribic from the mangled cab. She was taken to Riverside Hospital with minor injuries.

Ribic was wearing her safety belt at the time of the incident.

The tractor trailer lost over 150 gallons of diesel fuel, causing a HAZMAT incident, as a result of the accident.

The Virginia Department of Transportation had to reroute traffic. The United States Coast Guard was also on scene to assist with the HAZMAT spill.