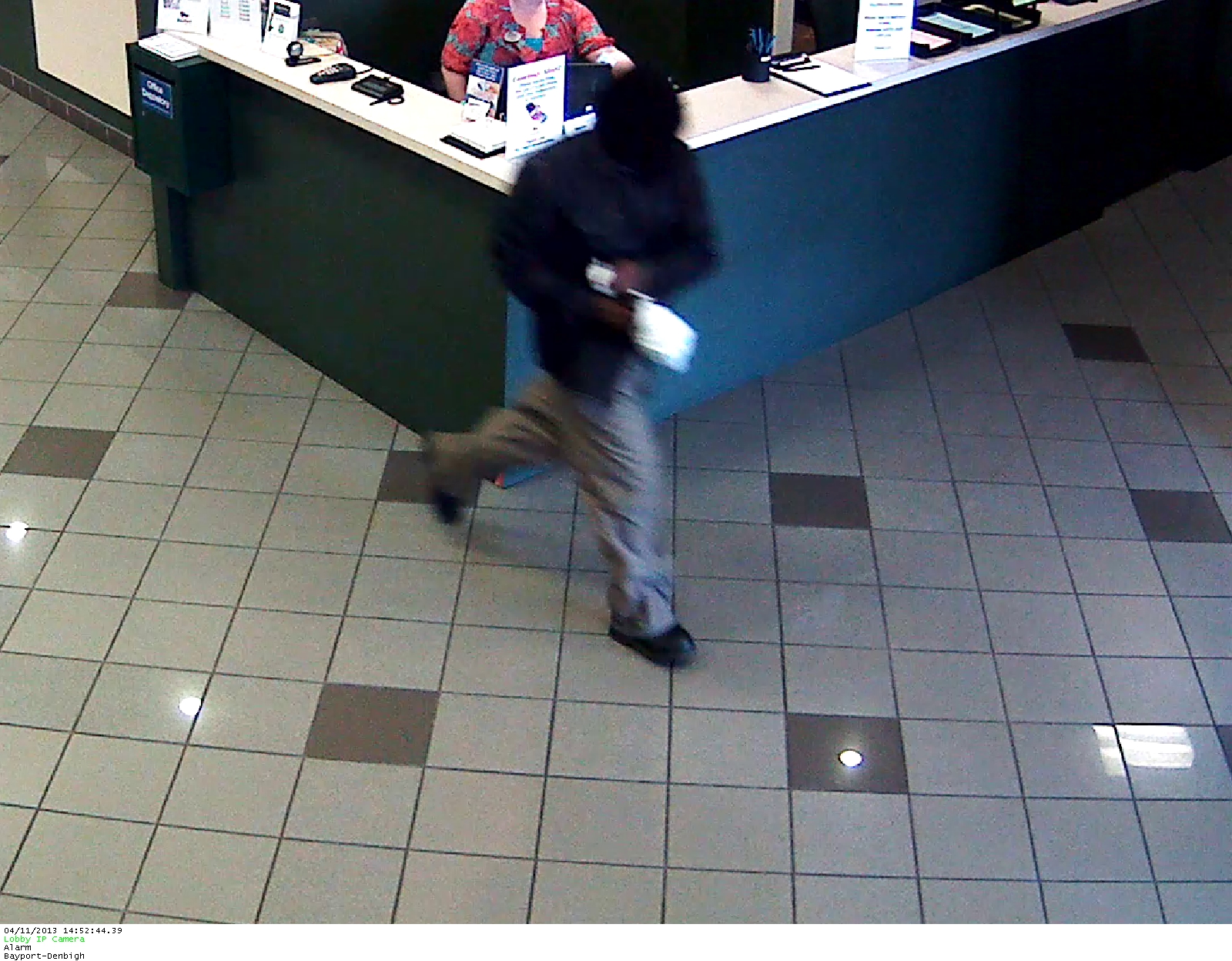 Newport News Police are searching for a bank robbery suspect after responding to a robbery that occurred at BayPort Credit Union at Denbigh Boulevard and Oriana Road on Thursday afternoon.

Police received the call around 2:53 p.m.

An initial investigation revealed the suspect approached a teller, displayed a handgun and demanded money.

He fled the bank on foot towards Warwick Boulevard with an undisclosed amount of cash. No injuries were reported.

He was wearing a denim-type jacket, dark shirt, gray pants, and a mask covering his face. He could possibly have red dye on his person.

Anyone with information is asked to call the Newport News Crime Line at 1-888-LOCK-U-UP.