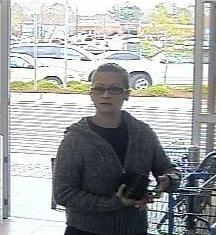 Virginia Beach Police are currently asking for the public’s help to identify a suspect accused of using lost or misplaced debit card.

The victim realized she may have lost or misplaced her card on March 26th and contacted her credit union.

She was informed that her card had been used approximately six times that day.

The card has been used at the Wal-Mart on Phoenix Drive, Shipps Corner Food Lion and other businesses.  It is also believed the suspect may be driving a early 90’s Honda four-door.

Anyone with information about this crime is encouraged to call the Virginia Beach Crime Solvers Office at 1-888-LOCK-U-UP.