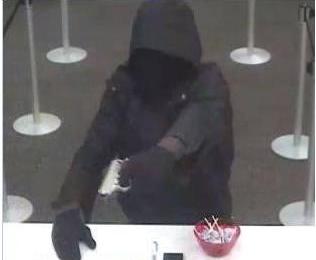 The suspect has been identified as 21-year-old Dequann Jordan Moore.

A warrant was obtained for his arrest on May 17th. Later that night, an officer located his vehicle and observed him leaving the residence.

He attempted to elude officers, eventually bailing from the moving vehicle and attempting to flee.

He was eventually apprehended by a police K9.

He is charged with robbery, use of a firearm and wearing a mask.

He is currently being held without bond at the Virginia Beach Correctional Center.

The tellers complied and the suspect left the bank with an undisclosed amount of money.

The suspect is described as a black male in his early 20s, approximately 5’7” to 5’9”, wearing a dark jacket and dark pants.

Anyone with information is asked to call Crime Solvers at 1-888-LOCK-U-UP.