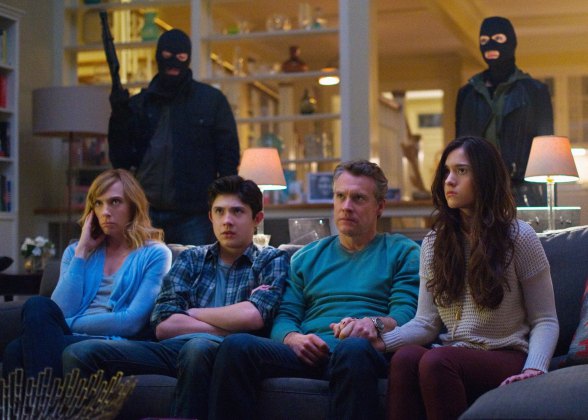 Five of the new series will premiere in the fall and three at mid-season.

For next fall, the Network is increasing its comedy lineup with four new comedies, expanding its comedy block on Thursdays from 8-10 p.m. and creating an encore hour for comedy broadcasts on Saturdays.

The Crazy Ones, a workplace comedy about a larger-than-life advertising genius whose unorthodox methods and unpredictable behavior would get him fired, if he weren’t the boss, from executive producer David E. Kelley starring Robin Williams and Sarah Michelle Gellar.

We Are Men, a single-camera comedy about four single guys living in a short-term apartment complex who unexpectedly find camaraderie over their many missteps in love, starring Tony Shalhoub, Kal Penn, Chris Smith and Jerry O’Connell.

Intelligence, a high-octane action drama starring Josh Holloway as a high-tech intelligence operative enhanced with a super-computer microchip in his brain.

Reckless, a sultry legal drama set in Charleston, S.C., where a gorgeous Yankee litigator played by Anna Wood and a charming Southern attorney played by Cam Gigandet must hide their intense mutual attraction as a police sex scandal threatens to tear the city apart.