Surry County, Va.-Human remains were found behind a home where a violent felon once lived. Surry County Sheriff’s Office investigators continue to dig after the decomposed body was found over the weekend buried 3 feet underground in the backyard of a house in the 12000 block of Rolfe Highway.

Police believe the remains could be connected to a man shot and killed on New Year’s Day in 2006. Officers say they got that information last week through tips from two separate people.

Investigators would not release the name of the murder victim, but say they were told he was a black man in his late 40's.

The person of interest, police say, is now behind bars for unrelated charges. Investigators would not say the suspect's name, but property records show a man named Jeffrey Stuart Sawyer lived at that address until recently.

Surry court records say Sawyer was sentenced in 2011 to three years in prison for sex crimes involving a child.  Records show at the same time, he also pleaded guilty to illegally having a gun. Police say the family and children of the suspect still live at the home.

Police say they will continue digging Tuesday morning. The remains will go to the medical examiners officer for positive identification. 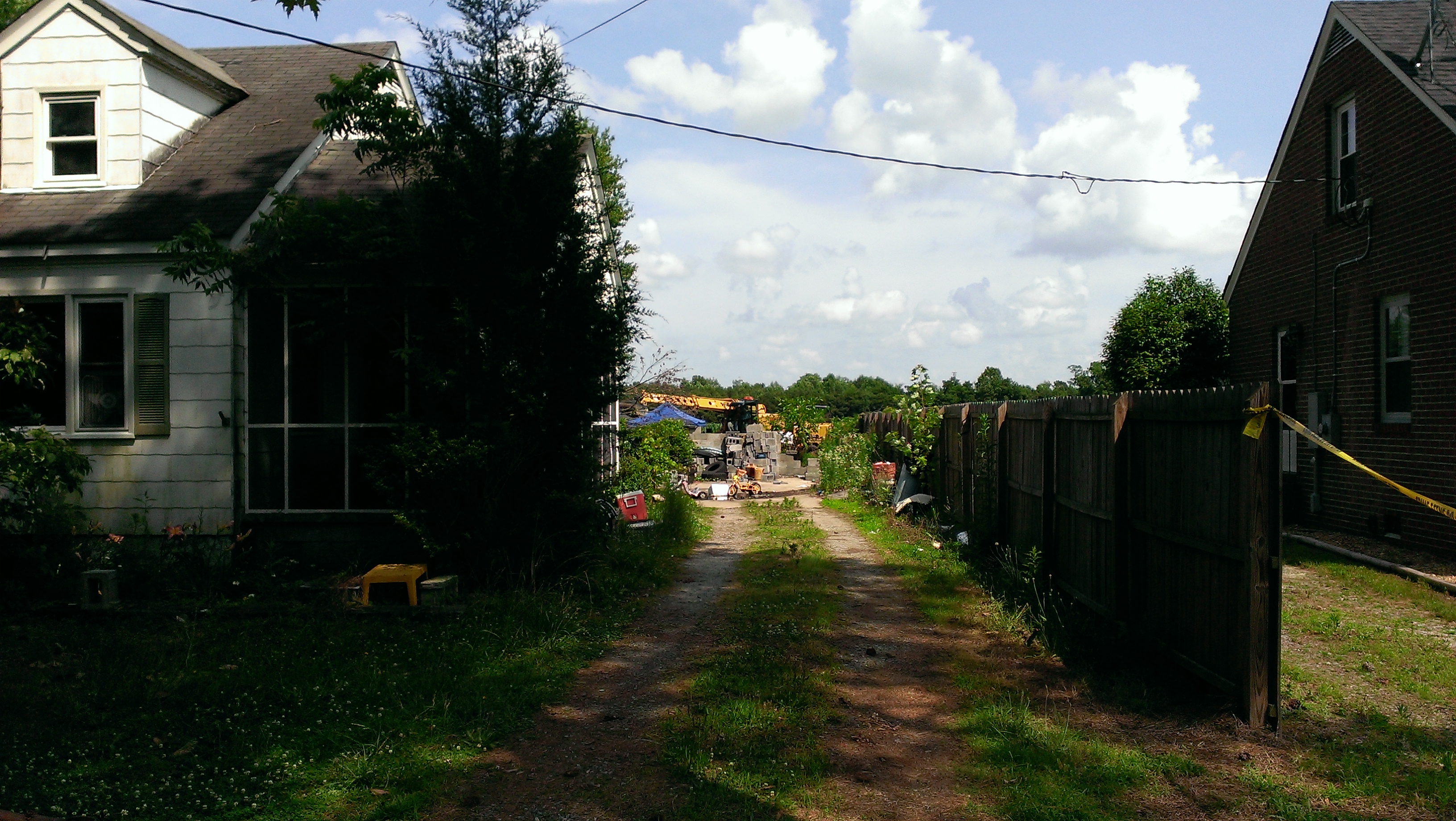