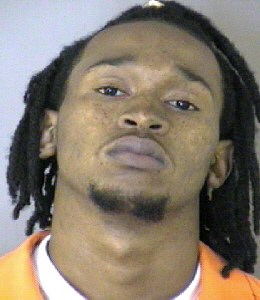 Elizabeth City, NC – A 25-year-old man was shot in the back during a fight on Wednesday night in Elizabeth City, and now police need your help to find two brothers who they say were involved in the altercation.

Police say witnesses told them that several individuals met up for a pre-planned fight and Ricky Lewis, Jr. was shot as he tried to run away. He was hit in the lower back. A bystander drove him to the hospital. He is now listed in stable condition.

Mallory, Harris, and Parker were all arrested after they were stopped in a vehicle on West Church Street.

Police need your help to find the Harrell brothers. If you know where they are, call the Elizabeth City Police Department at 1 (252) 335-4321.