NewsChannel 3's Dominic Brown was there as the turtles made their journey.

Here is some background information on the little guys:

“Mint Chocolate Cookie” stranded on the beach in Fort Story December 14, 2012. The green sea turtle was lethargic due to an internal temperature of 60 degrees F. Diagnosed as cold-stunned, the turtle was taken to the Aquarium’s Marine Animal Care Center where its internal body temperature was gradually raised with warmer waters over a period of several days.

Another green cold-stunned sea turtle, “Pistachio, Pistachio”, was found later that same month, December 29, 2012, on the shores of False Cape State Park. Its internal temperature was 55 degrees F, even further from the desired low 70s. 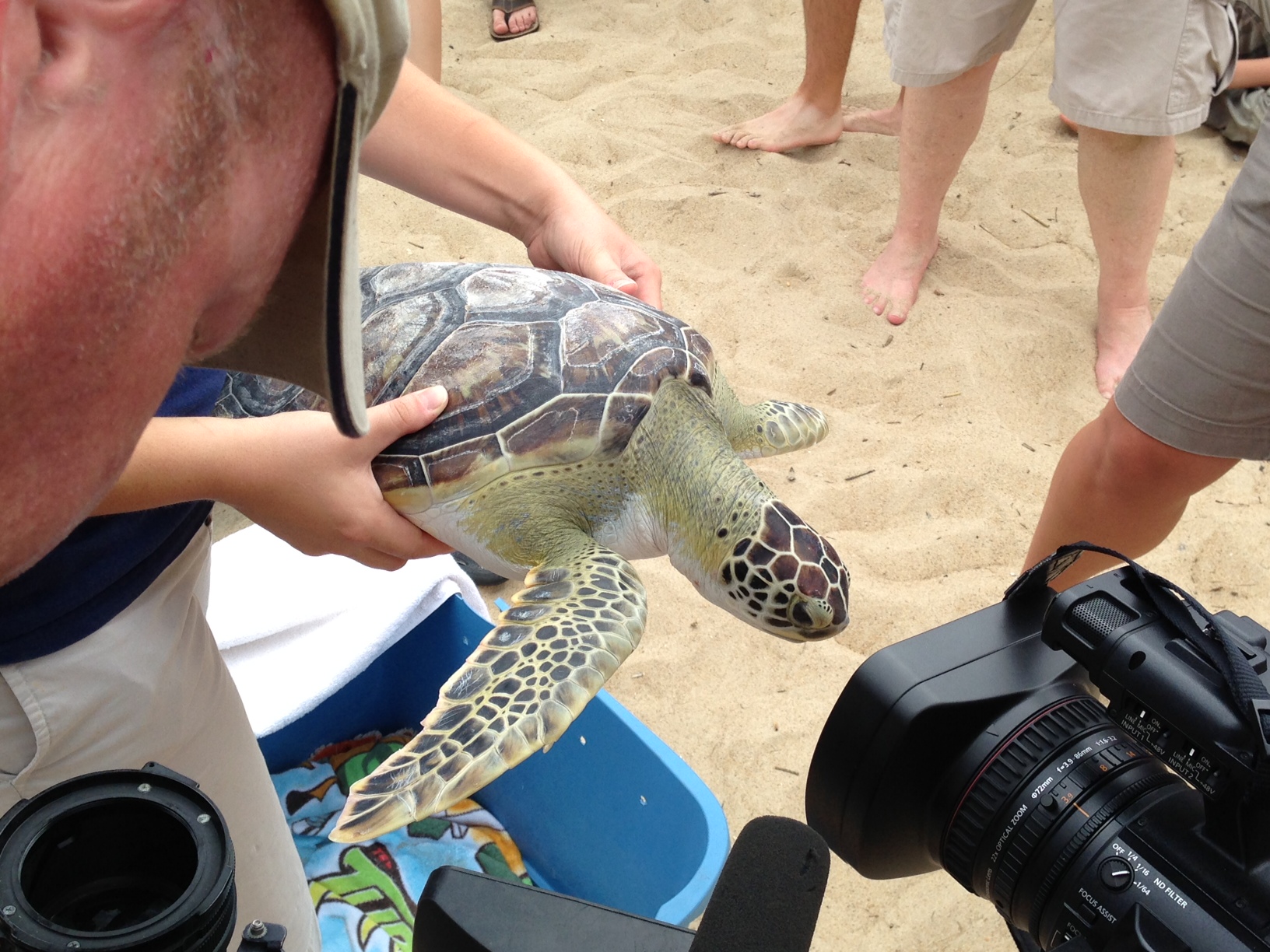