Gloucester County, Va. - Route 17 in Gloucester is now open after a chemical reaction caused evacuations and road closures in the area early Wednesday.

Todd Cannon with the Virginia Department of Emergency Management says nitric acid was being heated, which caused the reaction and visible vapors.

Nitric acid is used by the company to clean plating from inside the vats. They are now allowing the acid to cool.

Evacuations were encouraged for residents located in the immediate area
of Kemp Lane from 2700 to 2800 Block and Peppers Road, including the Peppers Road townhouses and residences, and businesses on George Washington Memorial Highway from Chapman Drive to Powhatan Drive.

Everyone has since been allowed back to their homes and businesses except residents of the Peppers Road townhouses.

A relocation center has been established at Bellamy United Methodist Church at 4870
Chestnut Fork Road.

George Washington Memorial Highway in lower Gloucester will be closed for several hours.

Traffic is being detoured through Powhatan to Kemp Lane to Chapman Drive. 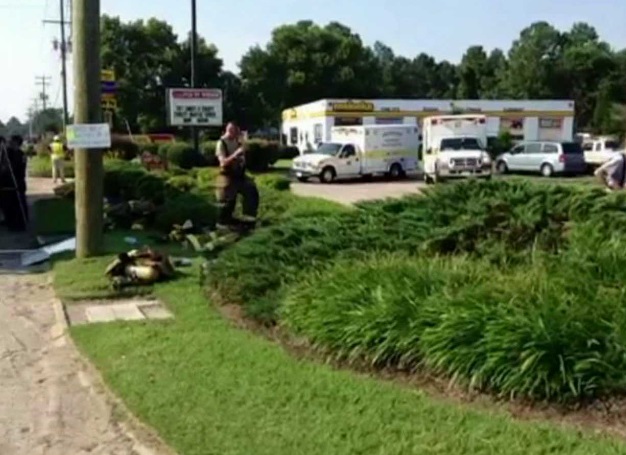 Avoid delays with our traffic cameras and interactive traffic map