Ivor, Va. - Three students were taken to the hospital Monday morning after a school bus accident in Southampton County.

The call came in around 10:30 a.m.  The bus was traveling from Virginia Beach to the 4-H center in Wakefield, Virginia when it crashed in the 33000 block of General Mahone Boulevard in Ivor.

There were 40 kids on the bus along with camp counselors and the bus driver.

According to a spokesperson with the Southampton County Sheriff's Office, the driver told deputies she hit a bump in the road, causing her to run off to the right.

Three kids were transported to a hospital in Suffolk with minor injuries.

The rest of the kids continued to camp in a different bus shortly after the accident.

The driver of the bus, Betty Newsom, 77, is charged with failure to maintain control.

The driver is an employee of Virginia Beach City Public Schools, although the trip was not affiliated with the school system.  The bus and its driver were contracted out for the trip.

According to a school spokesperson, Newsom has been with the division for 39 years and has an exemplary record.  Her physical and DMV records are also up to date. 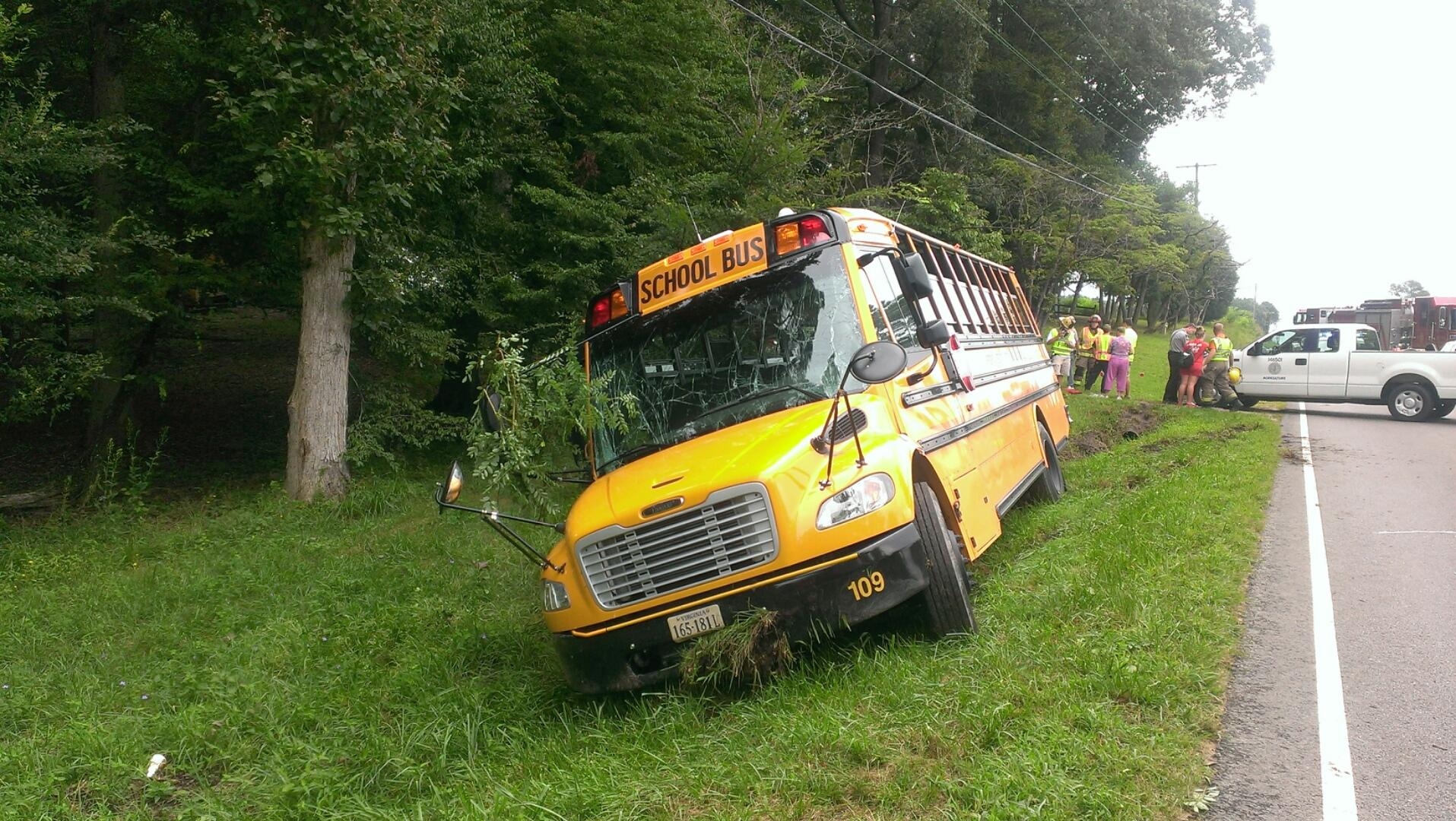