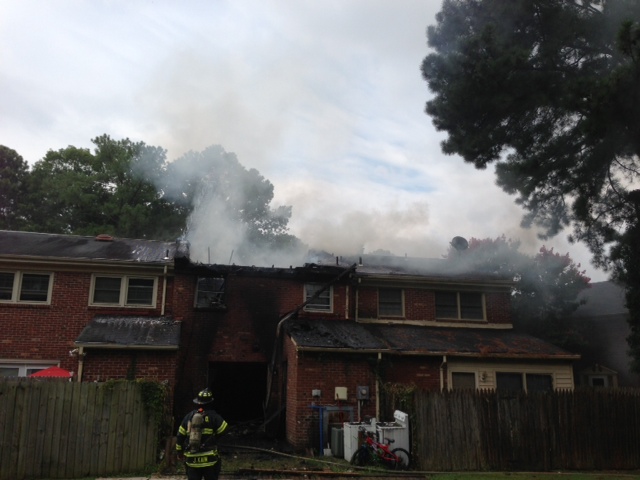 Newport News, Va. – Firefighters were on the scene of a town home fire in the 300 block of Advocate Court in Newport News, according to Fire Department officials.

The call came in at 11:26 a.m. Wednesday morning and fire units responded to heavy smoke showing from the two-story home.

All occupants were able to exit the home before the fire department arrived. There were no injuries, but four occupants will require assistance from the Red Cross.

Fire crews say the fire was electrical in nature. They say the home is a total loss and the units on either side of the townhome sustained minor damage.