All lanes are open after tanker truck spill on I-64 WB near J. Clyde Morris

Update: Interstate 64 Westbound has reopened to traffic in all lanes.

All lanes were blocked on I-64 WB at Exit 258 after an asphalt sealant truck overturned and spilled its load.

The driver of the truck has been identified as 29-year-old Dennis R. Smith of North Chesterfield, Va. He has been driving for Dominion Paving and Sealing, Inc. for three weeks and his total driving experience is 18 months.

He's been charged with failure to maintain proper control.

Virginia State Police says Smith came up on the ramp from J. Clyde Morris to westbound I-64, the truck's load shifted causing him to lose control and the truck then overturned.

Westbound traffic was detoured off I-64 at Exit 258 in Newport News. Crews from Clean Harbors Environmental of Chesapeake worked to clean up the spill which took several hours. Four trucks loaded with sand were taken to the scene to contain the spill. 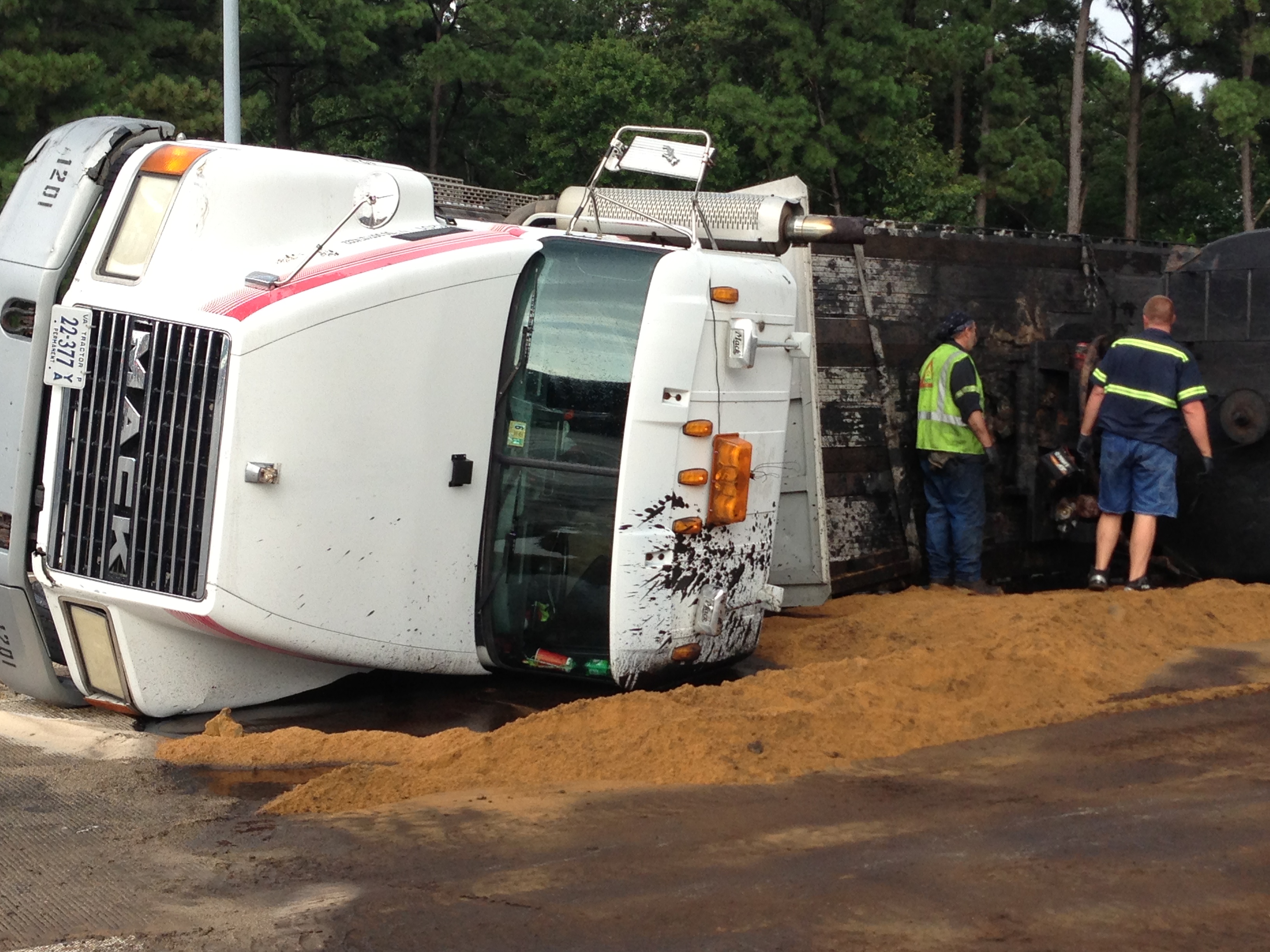