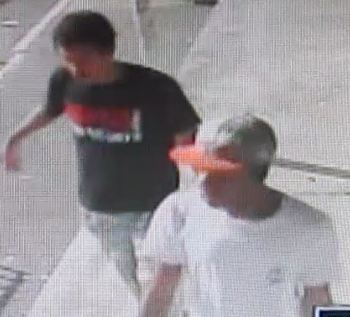 On Monday, August 26, 2013, a 30-year-old Newport News man made arrangements to meet two men at Hogan Drive and Jefferson Avenue at approximately 5:30 p.m. in reference to an “items wanted advertisement” that was placed on Craig’s List.

Once the victim met the two men, he was told that they did not have the item with them and that it was at their apartment.

The victim drove the suspects to the apartment complex and as he walked to an apartment, one of the men produced a handgun and attempted to rob the victim. A struggle ensued and the second suspect came to assist and punched the victim in the head. Both suspects then ran away from the scene.

Anyone with information about this robbery is asked to call the Crime Line at 1-888-LOCK-U-UP.